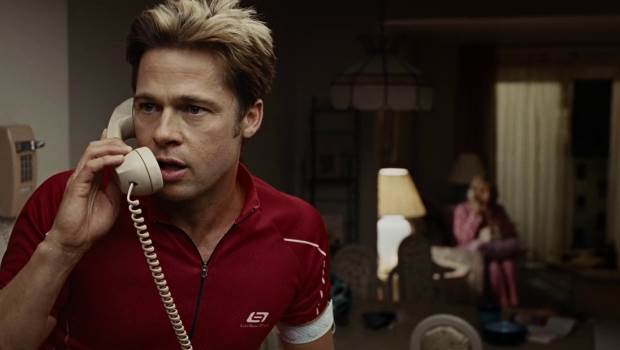 Summary: The disparate elements of Burn After Reading don’t add up to a hugely satisfying experience. That said, the film’s ending is perfect

The Coen Brothers’ new movie is an almost perverse about-face in the wake of their Oscar-winning, weighty adaptation of No Country for Old Men, released just nine months ago in the UK. Where No Country was enigmatic and considered, foregrounding subtlety over show, Burn After Reading is broad and crude, placing its big-name cast front and centre. This is, I think, a good thing. While it is tempting to wish for more of the same after feasting on the greatness of No Country, it’s reassuring to know that the Coens are the same contrarians they’ve always been, and although Burn After Reading is unlikely to make anyone’s Top 5 Coens’ list, it is not without its pleasures.

The story is a lolloping thing, but chiefly centres around CIA agent Osbourne Cox (John Malkovich), who as the film begins is receiving the unwelcome news of his effective sacking. To add to his woes, his wife is an ice queen (Tilda Swinton, naturally) who is planning to divorce him as soon as possible and is also carrying on an affair with George Clooney’s womanising Treasury agent Harry Pfarrer. Things will soon get worse for Cox, as Chad and Linda, two hapless employees of Hardbodies Gym (played by Brad Pitt and Frances McDormand) find a CD of his tell-all CIA memoirs, leading to possibly the worst blackmail attempt in the history of spy movies. Yes, this is the Coens’ take on cool espionage movies, except in this case everyone involved is at least two sandwiches short of the proverbial picnic.

There is a distinct sense in Burn After Reading that the Coens are wilfully pushing their own well-worn characteristics as near to breaking point as they can, particularly with their returning cast members. Clooney plays less a character and more a collection of tics and quirks, obsessing about food, floors and “getting a run in” after sex, while McDormand brings the bug-eyed naivety of Fargo’s Marge Gunderson, but the writing here has none of the human warmth that made that character so effective. The newcomers to the Coen family fare better: Malkovich is excellent in what seems like his first proper role in years, his outraged intensity perfectly fitting the bill. Pitt is also very good, revelling in Chad’s dumbness, but also more subtly pulling off the none-too-easy task of provoking us to warm to an essentially one-dimensional character.

As with all of the Coen Brothers’ films, there are suggestions of meaning beyond the film’s surface, particularly in the maudlin and pensive atmosphere created by Carter Burwell’s score. Unlike their best comedies though – I’m thinking of The Big Lebowski and O Brother Where Art Thou? – the disparate elements of Burn After Reading don’t add up to a hugely satisfying experience. That said, the film’s ending is perfect: as plot turns become progressively more ludicrous one begins to wonder if there is any point to the story, but a masterful final scene featuring a movie-stealing J.K. Simmons answers that question and ties things up beautifully.