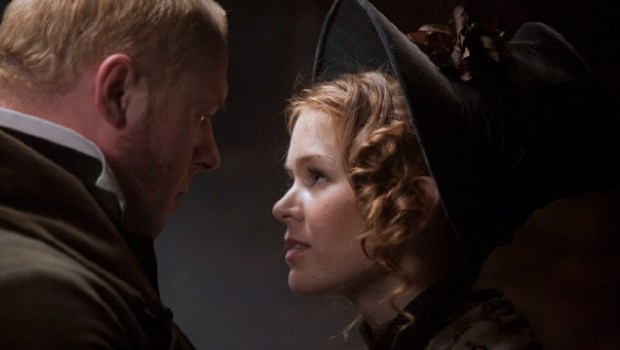 Summary: There are some interesting ideas floated, but none are followed through with anything like the necessary conviction to make an impact.

There are a lot of things about this Edinburgh-set, comedy-horror period piece that don’t work. It isn’t at all scary, which puts paid to the ‘horror’ tag; it tends to favour humour of the man-falling-down-some-stairs variety as opposed to anything remotely sophisticated, and it contains at least one of the worst ‘Scottish’ accents ever delivered (congratulations to Isla Fisher on that achievement). But despite these and many other flaws, Burke and Hare is a film that’s hard not to like, imbued as it is by American director John Landis with a charm and naivety that belies its rather grotesque subject matter. I’m sure that it bears about as close a resemblance to factual history as Life of Brian, but in its best (admittedly few) scenes Landis captures a comedic tone that’s not a million miles from what the Pythons achieved in their heyday.

Landis was responsible for some of the most memorable American comedies of the 80s, including The Blues Brothers and Trading Places, both of which hinged on a central double-act (Dan Aykroyd and John Belushi and Aykroyd and Eddie Murphy respectively) for their success. In Burke and Hare Landis has Simon Pegg and Andy Serkis, both clearly enjoying themselves as the titular Irish entrepreneurs. The pair are penniless hucksters when we first meet them on the beautifully recreated streets of 19th Century Edinburgh, but they end up literally making a killing by stumbling upon a new line of business, providing fresh cadavers for the groundbreaking research of scientist Dr. Knox (Tom Wilkinson), whose previous source of fresh dead has been usurped by his powerful rival, Dr. Monroe (Tim Curry).

Pegg and Serkis easily hold the audience’s attention and sympathies – most impressive, considering the amount of cold-blooded murdering they do – but the film’s script doesn’t offer them much in the way of depth or decent gags to get their teeth into. In fact, most of the film’s weaknesses can be traced back to its script, the work of St. Trinian’s writers Nick Moorcroft and Piers Ashworth. The central romance, between Burke (Pegg) and Ginny (Fisher) is a case in point; the development of their relationship is non-existent, dramatically speaking, and as a character Ginny is largely unappealing and conceited. But Pegg and Fisher (awful accent notwithstanding) are both so charming and likeable that we believe in their romance, in spite of the lame dialogue.

The film is at its best when Landis makes his boldest tonal decisions, foregrounding the absurd comedy of a hanging scene, for example. But he is less confident when handling the script’s attempts at seriousness; an awkward subplot invites unfavourable comparisons to Shakespeare, and a number of scenes failingly attempt to ask questions about the morality of scientific study. There are some interesting ideas floated, but none are followed through with anything like the necessary conviction to make an impact. On the other hand, a scene featuring The Fast Show’s Paul Whitehouse falling down some stairs is hilarious, so I’m not going to complain too much.