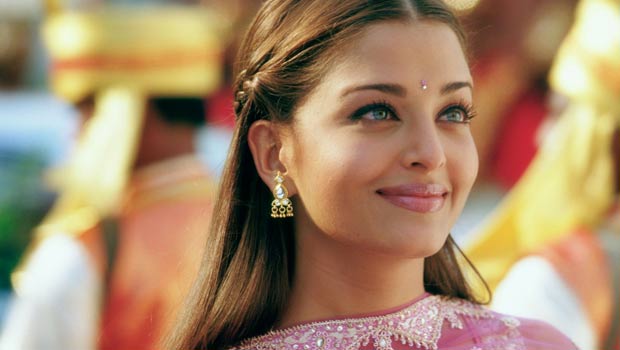 Summary: The film never amounts to more than a toothless novelty version of Pride and Prejudice.

When Bend It Like Beckham became an unexpectedly massive global sensation, director Gurinder Chadha must have rubbed her eyes, pinched herself hard, and wondered when she was going to wake up. So it was understandable that, on introducing her new movie, she asked the audience to forget Beckham and watch something new and different.

Bride & Prejudice is a re-working of Jane Austen’s much-loved and oft-adapted classic. This time its moved to India, LA and London with a contemporary setting and a Bollywood gloss. The Bakshi family have four daughters and no dowry money, so Mrs Bakshi is obsessively on the lookout for potential suitors. Oldest daughter Jaya (Namrata Shirodkar) attracts the attentions of rich, handsome Balraj (Naveen Andrews), home on a visit from England, while Lalita (Aishwarya Rai) takes a strong dislike to his snobbish, condescending American friend Will Darcy (Martin Henderson). Holidaying with the Balraj family in Goa, Lalita confirms her dislike of Darcy, and when she meets Johnny Wickham (Daniel Gillies), an open-minded, free-spirited back-packer who seems much more in touch with the ‘real’ India Lalita loves, she invites him back to the family home in Amritsar. But is Wickham all he seems? And what’s the truth about his relationship with Darcy?

Bride and Prejudice is entertaining enough. It has lavish spectacular moments, lots of local colour, gorgeous settings, beautiful actresses, and some terrible songs. But what’s the point of it? Bridget Jones’ Diary took the bare bones of the story and made it fresh. Andrew Davies and the BBC made it sexy. Bride… somehow manages to do neither. Maybe its just that you need to understand the conventions of Bollywood – for instance, the lovers never kiss, just embrace chastely, preferably in front of a massive florid sunset. This might work better if there was a sense of the overwhelming attraction between the two leads, but there’s no chemistry there. Martin Henderson is terrible – stiff and uncomfortable – while Aishwarya Rai, though gorgeous to look at, does little more than flounce about and play the guitar.

The Indian setting initially seems clever, because only in a world where arranged marriage is still the norm would the conventions of Jane Austen’s world still apply. But why make Darcy American? This potentially opens a whole other can of worms that the film just ignores. Mr Darcy and Elizabeth Bennet came from the same world, the world of the landed gentry. There was no cultural or racial difference between them, only one of degree and connections. Surely it would make more sense for him to be a wealthy Indian?

There are some funny moments, and Mr Coli, the annoying cousin in search of a bride, works well as always, but the film never amounts to more than a toothless novelty version of Pride and Prejudice, and the familiarity with the story makes it feel very long and flat, elephants and bindis notwithstanding. For a much more interesting, moving, and ‘real’ look at contemporary marriage mores in India, watch Monsoon Wedding.