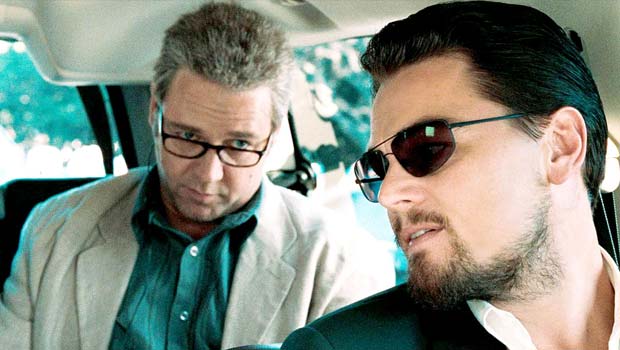 Summary: While a movie of this standard would be a career high for many of the jobbing directors currently doing the rounds at the major studios, we should be able to expect something special from Scott, and Body of Lies is not as special as it should have been.

Ridley Scott’s new thriller is lumbered with one of the worst titles of the year; not only is it nondescript and meaningless, it actually makes it embarrassing to begin a conversation about the film as people think you’re talking about Body of Evidence, the dodgy erotic thriller that Madonna made in the 90s. Thankfully the film is better than its name suggests, although the vagueness of the title is understandable; Body of Lies’ major weakness is that Scott and his screenwriter William Monahan don’t manage to streamline the themes and preoccupations of the novel on which it is based into a story that’s easy to latch onto.

What they do give us, with the help of two great lead performances, is a pair of compelling characters continually clashing in their efforts to combat global terrorism. DiCaprio is undercover agent Roger Ferris, the man on the ground in the present-day Middle East, while Crowe plays his boss, Ed Hoffman, the overweight family man “saving civilization” from the comfort of his SUV in suburban Virginia. A location-hopping first 30 minutes clearly establishes these men and their opposing perspectives, and through a series of impressively visceral action sequences, Scott places us firmly into their recognisably volatile world.

But while the actors are excellent and the set-pieces are constructed to perfection, Scott fails to tie these elements together and create a story that really feels like it’s heading somewhere. There is excitement in following Ferris as he sets up a dummy terrorist organisation as bait, and there is genuine shock at a torture scene that goes further than audiences will expect, but these are memorable moments in a narrative context that is quickly forgotten.

This is a shame, because the film offers many incidental pleasures, including a handful of sterling support performances from Mark Strong, Simon McBurney and the gorgeous Golshifteh Farahani, and a conclusion that is refreshingly un-American for such a big Hollywood production. Monahan’s dialogue is good too, with Crowe getting some very funny throwaway lines, as well as voicing the script’s most pertinent point, that the Americans are currently akin to “men from the future fighting men from the past”, and getting nowhere.

The most frustrating thing about Body of Lies is that it is just another accomplished, satisfactory film from Ridley Scott, previously a genuinely trailblazing and visionary director. While a movie of this standard would be a career high for many of the jobbing directors currently doing the rounds at the major studios, we should be able to expect something special from Scott, and Body of Lies is not as special as it should have been.