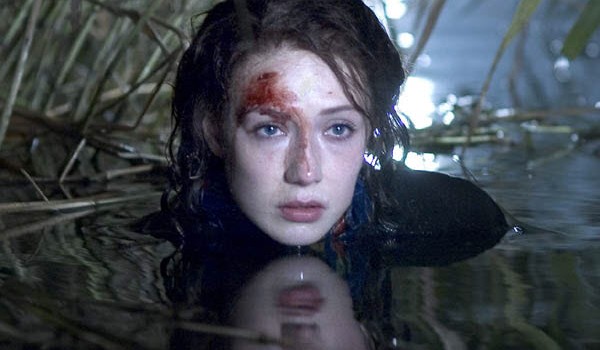 Following the relative disappointment of the bloated Hollow Man, Paul Verhoeven has returned to the less special effect-heavy Dutch movies of his early years such as Turkish Delight and (especially) Soldier of Orange. But while Black Book may be a wartime movie about Nazi atrocities and the struggle of the resistance, don’t expect a dull, worthy drama in the mould of Charlotte Gray – this is still very much a movie by the man who directed such original, exhilarating pictures like Robocop and Total Recall.

At the centre of the film is a great performance from Carice van Houten, who is alternately mysterious, traumatised, coquettish and courageous as her character faces one dramatic test after another. She plays Rachel, a Jewish girl hiding out in Nazi-occupied Holland. She manages to work her way in with the resistance movement, and as part of a cunning plan to gain crucial information she introduces herself to local SA officer Muntze (Koch, recently seen in the excellent The Lives of Others). Rachel attempts to maintain her cover while falling in love with the man she is spying on, and finds herself battling against enemies on all sides.

Black Book is in the vein of the daring-do wartime adventures of the 1940s and 1950s, but given a strong female lead and injected with a very modern coating of sex and violence. The film is shot through with Verhoeven’s trademark heightened, slightly lurid style that he has stamped upon even his worst movies. The result is a fast-moving and gripping thriller that benefits from its unusual backdrop and in which heroes and villains aren’t always as clear cut as they first appear. It does lurch a bit from one adventure to another, but Rachel’s scrapes and escapes are always exciting (including such perils as an overdose of insulin, incarceration and that old pickle of being covered in a tub of excrement).

It’s heady stuff, with strong, realistic production design and an expert sense of pace. Verhoeven has made some great Hollywood movies in his time (and a few shockers), but Black Book shows that he hasn’t lost his touch for human drama. It’s time to finally forgive the man for Showgirls.

Trailer and interviews with Verhoeven and Van Dieten who give revealing answers to inevitable questions over the nudity, rolling around in excrement and the film’s link to Soldier of Orange.