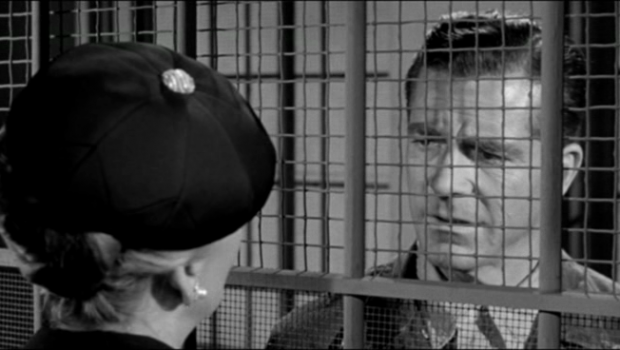 Beyond a Reasonable Doubt Review

Summary: A lesser Fritz Lang film, but at least it's better than the much-maligned 2009 remake.

Over the course of his career, Fritz Lang wrestled with many of society’s hot topics, including the perils of capitalism (Metropolis), mob justice (M) and media ethics (While the City Sleeps). Beyond a Reasonable Doubt, released in the same year as While the City Sleeps, also deals with ideas of media ethics, but concerns itself mainly with debating capital punishment – though eventually these themes give way to an old-fashioned, race-against-the-clock drama.

The contrived set-up sees author Tom Garrett (While the City Sleep’s Andrews) and newspaper publisher Austin Spencer (Blackmer) coming up with a unique way to expose the dangers of the state’s liberal use of the death penalty. Garrett will frame himself for the murder of a local dancer, and then, just as he’s about to be sent to death row, Spencer will reveal the truth to the world. Spencer will have made a stinging attack on the death penalty, Garrett will have incendiary material for his difficult second novel, and everybody wins. Only things don’t go according to plan, prompting Garrett’s fiancée (and Austin’s daughter) Susan (Fontaine) to use her father’s newspaper as a tool to campaign for Garrett’s release.

The event-filled narrative moves speedily from social drama to courtroom thriller, and Lang and screenwriter Douglas Morrow (The Stratton Story) manage to pull off a couple of genuinely surprising twists along the way.

But there’s little denying that this one of Lang’s lesser films, perhaps not helped by the impoverished budget. The plot starts off silly and takes a detour into the ridiculous, and the characters seem to thrive on making improbable, bone-headed decisions. You might have been able to overlook the unlikely narrative if you had someone to root for, but Garrett is such a smug and frequently stupid character that you can’t help but feel he deserves everything he gets. There’s little in the way of believable chemistry between the dead man walking and Joan Fontaine’s faithful fiancée, either, though the under-used Fontaine does play a part in the interesting sub-plot satirizing newspaper impartiality.

Lang’s film is at least better than the much-maligned 2009 remake starring Michael Douglas.