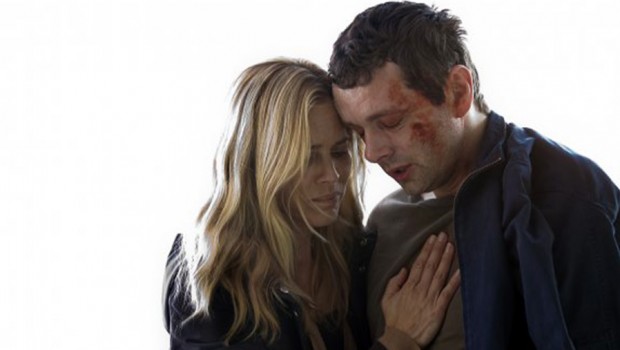 Summary: A truly fascinating and extremely emotional drama that doesn’t shy away from the controversial and raw nature of its subject matter.

A US school massacre has a devastating effect on the lives of the killer’s parents… sound familiar? Shawn Ku’s moving drama Beautiful Boy was actually made before We Need To Talk About Kevin, but won’t be released in the UK until after it, and is unlikely to receive the same attention or garner the same box office success.

The situation is similar to when there were two films released about Truman Capote. While Philip Seymour Hoffman’s depiction of the celebrated US author in Capote won all the plaudits and awards, Toby Jones’ portrayal in Infamous received very little recognition, despite it being a fantastic performance and a more accurate adaptation of Capote’s book In Cold Blood.

“I haven’t seen We Need To Talk About Kevin, but when I first heard it was being made I remember thinking ‘Oh, damn!’, I better get a move on,” Ku told Future Movies.

In his version it is in-demand British actor Michael Sheen (Frost/Nixon, Damned United) who plays the killer’s father, Bill (with an impressive American accent), alongside Maria Bello as his anguished wife Kate as they try to come to terms with the fact that not only is their only son Sammy dead, but he’s also a murderer.

What we see is a raw portrayal of a couple already in a strained relationship trying to cope with the enormity of the situation and the frailty of their own marriage. At first Kate is in denial, while Bill remains mostly silent, quietly internalizing everything.

Surrounded by press day and night and unable to sleep they retreat to Kate’s brother’s house where tensions between the two families surface. Eventually, Bill decides to release a public statement saying how sorry they are for the killings. But this doesn’t prove enough for either Bill and Kate or some of the press who blame the parents for their son’s actions.

Things come to ahead in a hotel room after the couple have seemingly made up through sex, but then a short while later explode at each other, Bill blaming Kate for being too suffocating with their son and Kate in return blaming Bill for never being there for Sammy.

Bill’s emotional state gradually becomes more unstable, while Kate considers having an affair with a younger man, but in the end the door is left open to a consolatory resolution.

This is a truly fascinating and extremely emotional drama that doesn’t shy away from the controversial and raw nature of its subject matter. Instead we are drawn closer into the feelings, expressions and angst of the characters through endless close up shots and claustrophic scenes.

Sheen and Bello are superb, the former projecting his intelligent and thoughtful approach, while the latter brings an exuberant, physical intensity to her role. The contrasting approaches combining to great effect.

Asian American director Ku started out as an actor, but moved into film making and is convinced that is where he’d like to stay, behind the camera and not in front of it. Based on the quality of this film, I’d say he has made the right decision.