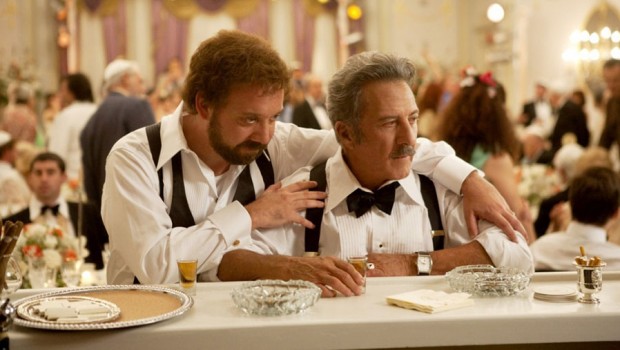 Summary: This film is an enjoyable rollercoaster of a ride with plenty of amusing scenes.

Paul Giamatti has a very distinct face with his puppy dog eyes and hangdog, slightly exasperated with the world expressions, which are either used to great effect or can prove irritating depending on the quality of the movie or the characters he is playing.

Unlike his characters in the acclaimed indie titles American Splendour and Sideways he doesn’t give off a defeatist, life shits on you vibe the whole time, but instead stands up to people who piss him off, travels the world and picks up a string of beauties.

Things however take a turn for the worse when Barney is accused of murdering his best friend (Scott Speedman) at his countryside retreat after he finds him in bed with his second wife, an annoying, superficial, uptight jewish woman, played by Minnie Driver.

Barney is then hounded by a hardcase detective (Paul Addy) determined to prove his guilt, but he chooses to ignore him and carries on pestering the girl of his dreams, Miriam (played by a stunning Rosamund Pike), until she agrees to go out with him.

By Barney’s side throughout all these ordeals is his ex-cop father, played superbly by a slightly crazy Dustin Hoffman, who much like his son seems to cause trouble wherever he goes, often due to large amounts of alcohol consumption.

This film is an enjoyable rollercoaster of a ride with plenty of amusing scenes, but also poignant emotional ones, especially towards the end as Panofsky’s excessive and selfish ways cause his eventual downfall both physically and mentally.

Lewis has directed several episodes from leading US TV series, but this is his first foray into film and it will be interesting to see if Barney’s Version can make much of an impact at the cinemas or disappear into the world of the small screen.