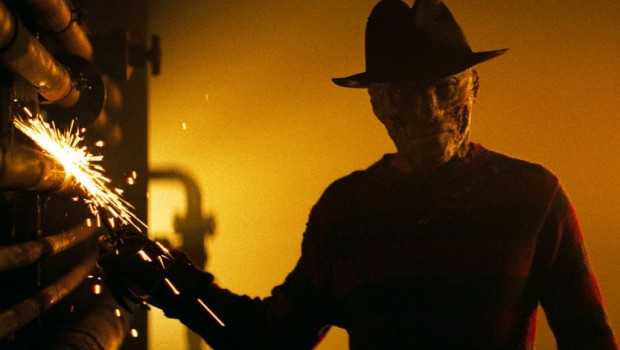 Summary: A cynical exercise that possesses no love or understanding of the genre whatsoever.

Platinum Dunes, the production company co-run by Hollywood’s Mr. Bombastic, Michael Bay, doesn’t exactly have a great track record in horror remakes. While 2003’s The Texas Chain Saw Massacre was just about watchable, The Amityville Horror, The Hitcher and Friday the 13th were joyless affairs, replacing the fun of the originals with a deadly earnestness and music vid visuals.

There was some hope that A Nightmare on Elm Street might be different. After all, there’s potential in a contemporary spin on the simple concept of a bogeyman who stalks kids in their sleep, and the franchise deserved to be dragged away from the OTT comedy of the later sequels (1994’s terrific Wes Craven’s New Nightmare was more straight-faced, but failed to find an audience). But like Platinum Dunes’ other reimaginings, A Nightmare on Elm Street 2010 goes too far in the other direction. This is a film that treats itself very seriously indeed, lacking any of the energy and imagination that made the series so appealing in the first place.

However high-concept the premise, a slasher film lives or dies on the strength of its characters. We need to be invested in the potential victims, we need to care whether they’re sliced to ribbons or not. In the original Nightmare, Craven presented some of the most compulsive teens ever to have shrieked on screen. Heather Langenkamp’s Nancy was a down-to-earth, sympathetic heroine who travelled a believable trajectory from powerless victim to kick-ass demonslayer. And there were other great supporting characters, including Johnny Depp’s boyfriend Glen and Nick Corri’s poor, wrongfully accused Rod.

Everything interesting about the characters has been exorcised for the remake. Nancy is now an ‘outsider’ – we know this because she likes to draw. Her friend Quentin is also outsider – we know this because he wears a Joy Division T-shirt. But beyond these details, there is nothing about either of them that is funny, interesting or endearing, and they mope through the narrative with little enthusiasm. Fellow teen Kris is even less noteworthy – all you could really say about her is that she lives in a big bland bedroom in a big bland house – which is a shame, as the film rather cleverly initially sets up her up as the central protagonist.

The colourless nature of the parents is equally disappointing. While this should, of course, be the teens’ story, the original found time to work in Nancy’s interesting parents (alcoholic mother, good cop father). Here, the kids’ parents are simply used as a device to shoehorn in overextended flashbacks to Freddy’s back-story, and Connie Britton (as Nancy’s mother) and Clancy Brown (as Quentin’s father) are wasted in thankless, underwritten roles.

Of course, the main bit of casting everyone’s talking about is the new fella playing Freddy, a decision that indicates just how much of a reset this is intended to be. To begin with it’s just plain weird to see a different actor in the role and to notice the twists on the make-up (which has now been enhanced by subtle CGI). But while Jackie Earle Haley’s raspy, taunting take on Freddy is intriguing (if not too far removed from Watchmen’s Rorschach), he just doesn’t have the same level of menace and dark humour of Robert Englund. You come to realise just how inextricably Englund is tied to the role – far more so than the various actors to have played Leatherface or Jason Voorhees.

Stylistically, this is virtually indistinguishable from any other Platinum Dunes picture. As usual there’s a director with a background in helming music videos (Samuel Bayers is the man responsible for Nirvana’s Smells Like Teen Spirit video, among many others), and as usual the movie feels like one big pop promo, with grainy visuals and sudden bursts of slo-mo. What’s missing is any sense of nightmarish strangeness; even the effects are curiously restrained, lacking any of the surreal playfulness of the original. The few effective moments that do occur (a gloved hand reaching up in the bath, Nancy sinking into a blood floor) are cribbed from the 1984 movie, where they were pulled off in far greater style.

Of course, while critics can compare Nightmare 2010 to Nightmare 1984 to their hearts’ content, there’s no escaping from the fact that many modern teens – who, let’s not forget, this is aimed at – won’t have seen the original. But even weighed up against recent teen slasher efforts like My Bloody Valentine 3-D and Final Destination, A Nightmare on Elm Street is sorely lacking in frights or fun. We’re left with a cynical exercise that possesses no love or understanding of the genre whatsoever – hardly the best way to kick-start a whole new franchise.