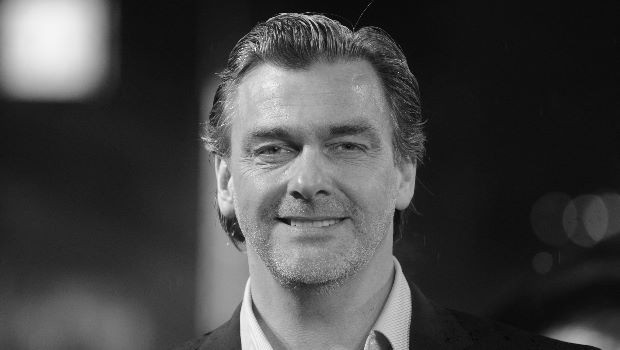 In Outpost, Stevenson plays the leader of a squad of mercenaries entrusted with securing a bunker in Eastern Europe against a legion of spectral Nazis.

Written and directed by Steve Barker, the film was shot in Scotland on a budget of just £1.2million, but became a cult hit in the US, winning a best new producer award for Kieran Parker and Arabella Page Croft at the Scottish BAFTAs in March.

Outpost is psychologically chilling rather than a typical blood and guts zombie movie. Were your dreams haunted by undead Nazis during filming?

Far from it. My character, DC, is a practical warrior at heart and when faced with such a phenomenon he concentrates on how best to combat a clear and present enemy. Questions come later if he can get his men out of danger.

What attracted you to the film?

I loved the script. Even though I wouldn’t claim to be in any way an aficionado of the genre, I arranged to meet with Steve the director as soon as possible and was blown away by his enthusiasm and vision of this story. To put it bluntly, I couldn’t wait to work with him and his team.

After playing Pullo in Rome and now DC in Outpost, do you feel an affinity with soldiers? Did you consult any squaddies before shooting?

I definitely see a sympathetic trend. Especially after completing The Punisher. Yet another warrior caste drawing on skills learned and instincts that have kept him alive thus far. And indeed, I talked with soldiers on all three projects.

The one on Outpost was ‘Billy Budd’, who, like DC, is an ex-Royal Marine who has seen active service. He was the military advisor on Rome, so I got to know him well. And of course he was the first person I called when the project was confirmed.

Without much exposition, we get a strong sense of DC’s backstory in the film. How do you see him?

A very private man, extremely capable and a man people would follow. A sensible and skilled warrior who doesn’t wear his heart on his sleeve. Yet he has clearly given over any sense of his future into the hands of Mars the god of war. Negating responsibility for his destiny to a higher source. The reasons for this remain buried in my process of working. I shan’t prattle on about it.

Were you familiar with the zombie genre before making Outpost?

I was only aware in a general way. I loved the remake of Dawn of the Dead. And a good friend gave me a copy of the Zombie Survival Guide by Max Brooks.

Do you think the film works because it blurs the supernatural with the historically credible in terms of Nazi experimentation?

I would agree with you and go further into the documented work of Einstein and even the work at CERN in Europe on quantum mechanics. That physics is paving the way towards a greater understanding of what constitutes life as we know it and the possibilities of animation and reanimation.

You had a relatively late start as an actor but currently seem to have plenty of projects. Are you making up for lost time?

I see it as a great privilege to work in this industry. I dreamed about it and love what I do. As long as it affords me the possibility to continue, I intend to hang on to the rollercoaster and enjoy the ride.

You’ve been filming Cirque du Freak recently. Can you tell us about your character Murlough and what it’s like playing a bad guy for a change?

I had a great time on Cirque. Murlough offered me the chance to ‘get my teeth into’ a larger-than-life personality. I also created a philosophy behind him to legitimise and drive his actions through the film. Like any despot in the making, he never sees himself as the bad guy in all this. Paul Wieze the director was so supportive and fun to work with. I was sorry to finish my stint with them all.

You’re the new Punisher. It sounds as if it’s going to be darker than the previous Punisher films and more faithful to the comics.

We worked directly with the source material, the Punisher MAX series, primarily written by Garth Ennis and with wonderful cover art by Tim Bradstreet. This series goes so far into the dark side of the man and I believe we have created something very special – a film comic. The vision of director Lexi Alexander and cinematographer Steve Gainer should bring a true and faithful representation of the Frank Castle story to the screen.

He’s no super hero is he? Casting directors appear to look to you as someone who can play tough guys with a bit of depth to them. Are these roles you enjoy?

They’re certainly what I try to realise in my work. I loathe posturing by supposed ‘bad guys’ and refer to it as ‘dick swinging’. The subtext of any person acting in such a way is far more interesting, lethal and truly dangerous than being the doorman to a movie.

How physically demanding have your action scenes been? I understand you sustained a few injuries making Rome.

Not being a natural gym person keeps me focused on the training. When you commit to playing physical roles you’re sure to get a few knocks. But this is a far cry from the serious injuries I could sustain if I ever took it lightly. I work very closely with the stunt guys involved and see the movie as collaboration in every way.

Have you ever had a romantic scene with an actress that required you to get as up close and personal as biting that guy’s tongue out in Rome?

I try really hard not to bite actresses as this seems to piss them off somewhat.

Can you confirm that there’s going to be a movie version of Rome? And given that Lucius Vorenus dies in the second series, how will they replace his relationship with Pullo? Are undead legionaries the way ahead?

Alas, there is no confirmation but people are trying to make it happen. A lot of people share the opinion that the abrupt cancelling of Rome was a huge error of judgement because it was about to explode. I would leap at the chance to play Pullo again and as Kevin McKidd [Lucius Vorenus] pointed out to me ‘I never closed my eyes!’

Finally, interior designer to action hero is a rare career path. Are you handier with a sword, sub-machine gun or palette and paintbrush?

I enjoyed my spell as a designer, though I dreamed of a career in acting. One of the skills employed is to be able to gaze over a blank canvas or draft paper and quite literally walk around an imaginary world. One in which you construct your boundaries, textures and colours and populate the space. In acting terms it can be directly related to the ‘fourth wall principal’ where the world in which you find yourself continues way beyond the stage or scene.