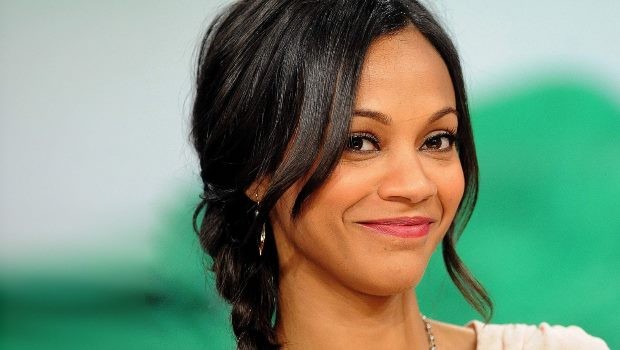 Zoe Saldana has appeared in a variety of movie genres including thrillers, comedies and action adventures with film appearances in Pirates Of The Caribbean: The Curse Of The Black Pearl, Death At A Funeral and Vantage Point. However, it’s her sci-fi roles in Star Trek and Avatar for which she is most renowned. With Avatar about to be released on DVD, we chat to the actress about her groundbreaking blue movie…

How much of a fan of science fiction are you?

I’m a huge fan of science fiction. I grew up in a household where my mother and I were totally into the genre, but we didn’t call each other sci-fi geeks or anything. We thought every girl was the same. We thought everybody watched Dune and 2001 Space Odyssey and Alien and Terminator and E.T. and Blade Runner and things like that.

What is the appeal of science fiction?

I love everything about science fiction. And I guess I especially love the fact that sci-fi filmmakers like Jim Cameron, Steven Spielberg, David Fincher, JJ Abrams and George Lucas have a limitless imagination. Not only can they tell a beautiful story based on Earth with people that have normal jobs, but they can also take it to another galaxy and tell you the same story in a different form with a different face. I love that.

Were you happy with the success of Star Trek?

I was overwhelmingly happy. There’s something that I will never let go of – and that’s the fact that I am a movie lover first before I am a movie maker. That is why I’m able to see a movie that I’m in and forget that I was ever a part of it and still be compelled by the story in the same way. I thought Star Trek was beautiful. I also thought Avatar was beautiful as well.

How much work went into creating your character in Avatar?

It was a huge challenge creating the character of Neytiri, but it was a lot of fun. I spent months preparing for the role. I worked with linguists who created the Na’vi language, I worked with an amazing Wushu instructor for the martial arts aspect of the film and I also worked with a stunt co-ordinator called Garret Warren who helped me gain my gymnastic skills again. I had to become very flexible and I built up a lot of strength and muscles. Sam Worthington and I turned into little monsters who wanted to learn and train more and more. We were hungry to bring the characters to life, so it was a wonderful process to be part of.

Can you still speak Na’vi?

I can speak it a little. I remember a variety of phrases from the movie, including the prayer you say to every animal whose life you take. That was one of the first phrases I learned in my education of Na’vi, as well as the word “scoun” which means moron.

Do you remember the day you signed up for the movie?

I do – and I remember it being really exciting. I came in and read the script and that’s the day I had to sign my life away. James Cameron showed me a little sculpture of Neytiri in his office and I fell in love with her immediately. There was this long tail, this cute face and she was carrying a bow. She was so long and lean. I remember thinking to myself, ‘Wow… It’s going to look beautiful.’ But then I thought, ‘Ouch. It’s going to take five or six hours of make-up every day to make me look like that.’ Cameron just looked at me and said, “Nope. Just 30 minutes of downloading you into a system.” I didn’t even know what that meant.

Weren’t you aware of the process behind motion capture movies?

Not at all. James asked me, “Have you heard of motion capture? Did you see The Polar Express?” Thankfully, I had seen that movie, but it took a long time to explain the whole process – and he had to use very small words and very simple examples to get me to understand. Little by little, that’s how I got familiar with the technology of the movie. It was really interesting.

How did it feel to see the movie finally released?

It was amazing. There’s a child in me that I will never allow to grow up – and that child in me found the release of the movie so exciting and wonderful. I had lived with the movie for two and half years, so to finally get the opportunity to share it with the world was awesome and very humbling. I remember the first time I saw it and I was amazed by everything about it. It looked so rich, so beautiful and so real. I was overwhelmed.