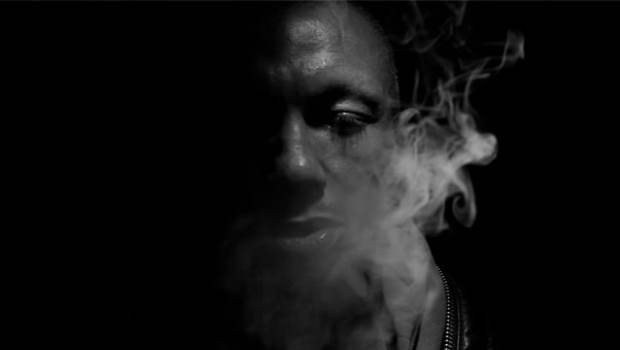 It’s a Thursday night in the Queen’s Club in Glasgow and rapper, producer and professional mood merchant Tricky urges filmmaker Lee Jaffe to “get this film shot”. Bob Marley’s former harmonicist nods his assent. The unassuming social club is decked in red drapes and the stage is an autumnal pastoral scene.

The pensioners who usually inhabit the club have made way for Face from So Solid Crew. At the door, Michael Redmond, alias Father Stone in Father Ted, is wearing ermine. He’s flanked by two policewomen, a little too young and tightly attired. On stage, Glasgow band Engine begin performing before a camera while Jaffe trains a second on Tricky and “his boys”, cutting with swaggering intent through a 200-strong crowd.

This is the first day’s shooting of a new movie. A full-length feature with attendant album produced by former Island boss Chris Blackwell’s Palm Pictures, the as-yet-untitled production will showcase eight acts signed to Tricky’s Brown Punk label. Predominantly improvised, filming is scheduled for across the UK and US, incorporating performances from Engine, Face and bizarrely, actor Elliot Gould.

“I’ve got my own new album finished,” explains Tricky. “But when that’s coming out, I don’t know. This compilation and film has to come first.

“I’d said to Chris I wanted to put a compilation of the label together and he said, ‘Let’s do it. But I want a documentary’. Then one night, I’m listening to the songs and visuals start coming into my head. So I thought, why not use the music as narration, like a musical almost?”

“To be honest, I’m a lazy motherfucker,” he admits. “Lee drove to Santa Monica every day and made me finish writing. He’s got a great visual eye and totally understands what I’m trying to get out of my head, so I trust him. And he’s only ever worked with Bob Marley and Jean-Michel Basquiat before, so it’s a huge compliment.”

“I was always a Tricky fan,” explains Jaffe. “Chris was in LA two months ago, said he was going to see Tricky and brought me along. We really hit it off and Chris said, ‘well, why don’t you guys make a movie?”’

Tricky enthuses: “Everybody’s going to ad-lib. Everyone in the movie is either on Brown Punk or real street boys …”

“… Grace Jones if we want too,” adds Tricky. “Elliot’s such a cool guy. We were hoping for a cameo, but he was like ‘You tell me what you need and I’m there’. I just did a song with Grace, so maybe there’s a walk on part for her.”

Tricky plans to return to Glasgow this month to shoot the video for Engine’s forthcoming single, provisionally a track entitled The Condition. Both he and Jaffe are in agreement about the band, the American proclaiming the six-piece “awesome” while Tricky describes them as “melodic, heavy and organic. Very real and dreamy at the same time. I’m going to have them in a gangster scene around the pool table!”

“I’d like my mum not to be ashamed of me, so I’m hoping there’s no nudity or drugs,” singer Kath Knox laughs. “Well, maybe if it’s done in a tasteful manner.

“It’s an amazing opportunity for us to work with a producer like Tricky and Lee too, someone I never imagined would be anywhere near my life. We’re just looking for wider exposure, a bit of profile and the opportunity to work with Tricky again in the future.”