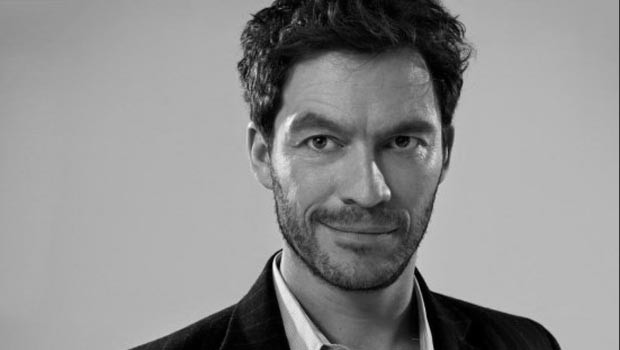 Sheffield-born actor Dominic West has been inching his way up Hollywood’s greasy pole for a while now, with roles in Chicago, Mona Lisa Smile, and now The Forgotten. Future Movies caught up with him for a movie-making chat.

Q: Have you seen the movie in its entirety?

Dominic West: I saw it last night. I didn’t like it. I thought there wasn’t nearly enough of me in it and they cut our kiss. My favorite moment. I couldn’t believe it. They cut it.

Q: How did you find working with Julianne Moore?

Dominic West: I think she’s about the best there is, you know. I’ve loved her stuff since Vanya on Forty-Second Street, which I remember we all used to watch at drama school ‘cause we were doing Chekhov. And how to play Chekhov, that was one of the performances that, you know, you learn how to play Chekhov from. So she was obviously the main attraction for doing this movie for me.

Q: As a parent yourself, did this film give you pause about being overprotective about your children?

Dominic West: No, I don’t think I thought of it like that. I think it was a part I couldn’t have played without being a dad, you know – I’ve got a daughter who’s five, so it was, you know, it was not a big imaginative leap for me. Although rather unpleasant, you know.

Q: In the film, your child doesn’t have a mother and there’s not much of an explanation of that. Why was that decision made?

Dominic West: I think there was an earlier draft, where I have a phone conversation with my ex-wife and it wasn’t a very interesting conversation. It didn’t add too much, so they cut it.

Dominic West: Well, I was there for just the one of them, when we’re interrogating the special agent, and you do the scene and then you cut and that’s it. And then you do the scene on a set that’s been blown up. And I think they had big fans for that scene to make Julianne’s hair go, you know, weird. And so you get a sense of a presence there. And I think there were a few guys standing around chucking bits of wood at us. Then, when my character gets taken, they said, “Okay, can you make an appropriate sound at this point?” And I’m going, “What would that be?” And they go, “Oh, just try anything.” And so I screamed, but it always came out as being sort of orgasmic or, in some way, sexual, so I was glad to see they didn’t use it at all in the film. It’s different than that whoop sound you make when you’re being sucked up into the sky.

Q: Have you done any binge drinking? Because you were very convincing.

Dominic West: I have many years experience of binge drinking, yeah. (laughs) Do you think I’m as convincing? (laughs) I always play drunks. I don’t know why. But I always seem to get cast as drunks. And the nice thing about this one was that I’m usually a drunk jerk, and in this one I’m a drunk jerk, but he redeems himself and becomes a hero, you know. Usually, I play the drunk jerk who, you know, is sufficiently awful for the girl to dump him. So it was nice this time to actually end up being a hero.

Q: Being British has nothing to do with that, right?

Dominic West: Well, yes, yes, of course it does. Yeah, I think, I think being British, you’re either a villain, a drunk or a homosexual, and usually, all three.

Q: There’s a lot of running in this film. How much running were you actually doing?

Dominic West: Yeah, yeah. Endlessly. Take after take after take. Through these paper warehouses that weren’t very nice. Julianne’s a great runner, but she’s not very fast so you have to sort of act like you’re really fucking sprinting while actually not moving very fast. So there was a bit of acting as well as running involved.

Q: With films like this, you know, nowadays, moviegoers think they’re so slick. They think they can figure it all out. They know what’s coming. What about this movie, when you read the script, was something that spoke to you, that said this is not the same old same old?

Dominic West: Well, I think you’re right. It’s difficult with thrillers now. People are so sophisticated and thrillers have become, after things like Memento, so sophisticated that there’s very little you can bring to the genre. And I think what this film does bring is that it’s a thriller based in very deep emotional place of the twin horrors of A) losing your kid and B) remembering something that no one else remembers. And your idea of reality being everybody else’s idea of madness. And I think that’s what this film had for me, you know.

Q: Did you have any hesitation about what this movie was going to look like in the end?

Dominic West: Yeah, I did. I don’t think we’re allowed to mention the A-word, but… (chuckles) yes, I had reservations about that. I thought “How do you resolve a film like that?” You know, you either wake up from a dream or it’s… I don’t know. But making the film, I didn’t worry about that anymore and certainly yesterday, I was really very pleasantly surprised by how it seems to work.

Q: Getting back to being a dad, I think one of the themes underlying this is about children’s safety. How do you keep your kids safe? What do you do?

Dominic West: It doesn’t bear thinking about… the Mayor of London said recently, “It’s not a question of if there’s a terrorist outrage, it’s a question of when.” So you do what you do to protect your children but, eventually, you have to trust that they’ll be okay. I think that’s always a dilemma for a parent, you know. Like playgrounds. You know, a good playground is where a kid can hurt himself. And a boring playground is where you can’t get hurt, but you don’t learn anything. So it’s the same thing, really, when you’re approaching your kids’ safety – you have to strike that balance.

Q: What’s next for you movie-wise?

Q: You really did disappear, right?

Dominic West:
That was my career. I’ve gotta think of something else to do now. No, I’m doing ‘The Wire’ til the end of October and usually things don’t surface until around about now. So hopefully, something will come up, but if not, I’ll just, you know, hang around the home, which I’m happy to do.

Q: Maybe have another baby soon?

The Forgotten is in cinemas this Friday.