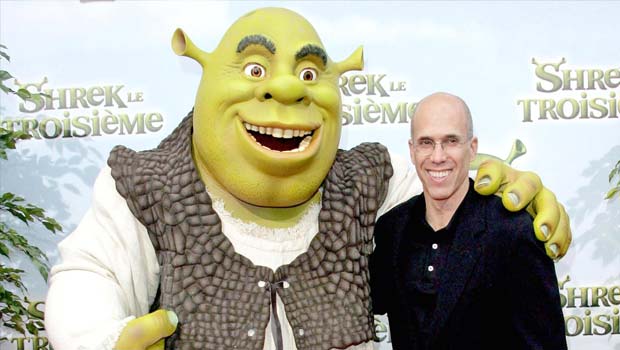 “Our thriving goal for Shrek The Third was to tell a story as good as the first – and to make it even funnier,” explains Jeffrey Katzenburg – the CEO of DreamWorks Animation. “Everyone working on the movie has set out in their own way to do even better, but we have no control over how well the film will do.” Indeed, with three sequels on the release schedule this summer – including the third Spider-Man, Pirates Of The Caribbean and Shrek – you might think the CEO would be worried. But not Katzenburg.

“There are three incredible movies coming to the market place this summer and my optimistic side says that a great movie-going experience always makes people want to go and see them again,” he continues. “There’s space for everyone. On the other side of it, and it would be disingenuous not to say this, but I’m scared. Who would not be? But let me assure you, the others were scared too. If they were not, they were fools. We’re scared because we’re in unchartered territory and we all ought to be able to achieve, but there’s so much we don’t know. Saying that, I couldn’t be prouder of the movie. In every way, I think it has done what we set out to do – to be a little better, but we’ll just have to see how it goes when it’s released.”

While reviews for the third Shrek have been mixed in the UK, it’s done well at the box office over in the States and the filmmakers have indeed created an animated treat with this instalment, which famously includes the cartoon debut of singer Justin Timberlake.

“We were sitting around casting the movie three years ago – before Justin had done any movies,” remarks the film’s director, Chris Miller. “I just thought of him as a singer, songwriter and performer but Jeffrey Katzenburg gave us a copy of Justin on Saturday Night Live and we were convinced instantly to try for him.”

“It’s unusual for a guest to go on Saturday Night Live and be so great, but Justin really knocked it out of the park with that appearance three years ago,” continues Katzenburg. “All of us were so blown away by how funny he was and his great sense of timing – as well as his incredibly gifted comic acting abilities. We had already begun the third chapter, so we approached him and asked if he’d do a voice. That’s where his role in the film started.”

The role in question is that of King Arthur in the third Shrek story – and Timberlake couldn’t be happier. “I was ecstatic to be asked to play a character,” the singer admits. “It means I’m officially a piece of classic movie history – I’m in a Shrek film! This is the biggest no-brainer of my career and yet it was a different experience from anything I’ve ever done. You go in for six or seven sessions over the course of a year and a half – and then, all of a sudden, it’s a character in a movie. It goes to 60 or 70 animators who come up with this guy based on your voice. It’s crazy, but amazing.”

It might be a first for Justin, but Mike Myers has certainly had a lot of practice at providing the voice to an animated character. “You’re in this strange little booth and you can’t hear anyone laugh or anything, but every now and then you’ll see a technician chuckling away at the lines,” Myers recalls about his time in the recording booth. “Don’t get me wrong – some of the technicians are severely bored. I could be juggling kittens with sparks coming out of my bottom and they wouldn’t move – but then sometimes I’ll actually see them laugh.”

Sadly, Myers’ Scottish lilt isn’t heard in the movie around the world. “We make an incredible effort to adapt, not dub, these films into 26 languages so that they can travel around the world,” adds Katzenburg. “A tremendous effort is made for them to exist in each local language, so when it’s adapted in France and other countries, we hire a director, team and studio there – and we also get French actors involved. In France, an actor called Alain Chabat is a natural treasure and a comedic genius so it’s apt that he voices Shrek there.”

“Alain Chabat also voiced Wayne in Wayne’s World,” continues Myers. “He had to come up with French words for things like ‘Schwing’ for which he came up with the word ‘Megatooth’. How great is that? When you’re in a movie I think it’s weird for you to put up your posters in your house, but I have the French poster for Wayne’s World in my bathroom because it’s got ‘Megatooth!’ written on it. It really makes me chuckle.”

So what can we expect in terms of animation in this third film? “Technology has taken huge, huge leaps in amazing, subtle ways,” reveals the movie’s director. “The environment is a lot richer and we can get a lot more detail on everything – especially hair. There have been some crazy advances in technology when it comes to creating hair – the princesses have the best hair in Hollywood. Clothing has also come along a long way. We’ve never been able to layer clothing and put in wrinkles, but we can now. A lot of things you wouldn’t notice, but I do. They also move a lot nicer than they did before, but have a look for yourself and see if you can notice the difference.”

Whatever the box office result this summer, there’s still plenty more to come from the Shrek franchise – with a TV show and two more movies already in the pipeline. “We’re doing a TV programme called Shrek The Halls, which will be a Christmas special that ABC in America will air every year for the next 15 years,” explains Katzenburg. “And then there’s Shrek 4, but I’m not telling you the plot. I will tell you that it will be in 3D, though. There’s a whole new generation of 3D coming that’s really dazzling. It’s the next great thing to happen in movie-going history. It’s as transformational as when movies went from black and white to colour. We’re now going to go from colour to something with a new visual quality of excellence that people have not seen yet. And then, of course, there’s a Puss In Boots story, but that comes after Shrek 4.”

“It’s a very exciting time in animation,” concludes Katzenburg. “There are loads of different kinds of animation now – and it’s a particularly great year for us. We’ve got Shrek The Third and then we’ve got Jerry Seinfeld’s Bee Movie, which he’s been working on for four years. It’s very unique and very unusual – unlike any animated movie that’s been made before. To have someone like Jerry come to the field of animation in itself says a great deal about the industry – everyone is interested in making them. There’s a lot more where this came from…”

Shrek The Third was released in cinemas on June 29.