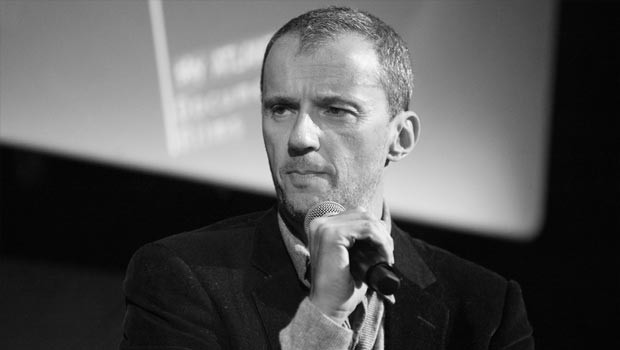 John Battsek, Oscar-winning producer of One Day in September last year, has always been into football. Like many British boys, he dreamed of being a premiere league footballer, and had always had subliminal memories of an American team called the New York Cosmos.

‘I’m a big sports fan, but I’m a HUGE football – soccer – fan, and growing up I knew the name, I knew the team – I specifically remember this shot of Johan Cruyff in the Cosmos kit.’

The Cosmos were, before their rapid rise to fame, a fairly rubbishy team of amateurs who somehow caught the eye of millionaire movie executive Steve Ross, who was looking for a new hobby, and decided that football – or soccer’s – time had come. By buying international talent, Ross took the Cosmos to giddy heights of success and celebrity in a classic rags to riches and back again tale.

‘When you’re making a film like this, especially a documentary, its always exciting that you might be telling a story that people don’t know. And the idea of a story set in New York, at that time, about this sport that’s so phenomenally popular in the rest of the world, that they had these players – that Pele played for them – well those sort of ingredients – there’s got to be something interesting in this story.’

Indeed, the seventies could almost be a character in the film, with its funky soundtrack (which I’m listening to as I write this and is now available on Universal – go and buy a copy), moustachioed characters, archive footage and classic wardrobe. And there’s a very real sense that this could never happen again – it was a much more innocent time. Only in the seventies would a player pose naked for a soft-porn magazine, as Shep Messing recounts in the film, in order to boost ticket sales.

‘We’re much more cynical now. Much more knowing. If a limo was waiting for you with two girls and a bottle of whiskey you know that in seven days that story’s going to be in the News of the World and you’re going to be hung drawn and quartered. It’s a different era.’

The film succeeds brilliantly on another level – the candour with which former Cosmos and managers chat happily to camera about that time.

‘For the most part most of the people in the film were incredibly amenable. One reason why was because they loved that time of their lives so damn much, they love talking about it now, and they loved it back then – they knew they were having a ball.’

All the participants have now seen the film and love it – even people like Giuseppe Peppe Pinton, the Miss Havisham-esque owner of a name and logo of a team that no longer exists, and Giorgio Canaglia, the brilliant, belligerent Italian striker whose rivalry with Pele provides some of the film’s funniest scenes.

‘It’s quite hard to believe that people like Peppe love it, but he really does. Even Giorgio – he’s the kind of guy for whom nothing we did was going to be quite perfect, but as much as its possible for him, he loved it.’

The players had no creative input. As Battsek explains:

‘You can’t give contributors any sort of creative control, because that’s a slippery slope. We made a film called Live Forever, with Damon Albarn, Jarvis Cocker, Noel and Liam Gallagher, and its not that they’re not creative people but if they start getting involved with the editing process you’re in trouble.’

The film is narrated by Matt Dillon, who heard about the film through Greenestreet Films’ Fisher Stevens, one of the film’s producers, and Dillon’s great friend. Dillon’s New York tones are complemented beautifully by the soundtrack – in the shops now – with its funky mix of vintage disco hits – Commodores, Kool & The Gang, The Supremes, Donna Summer – edgy, less well-known songs – and pop – Sparks, The Osmonds. Indeed at times the songs are the narrator, as when This Town Ain’t Big Enough For The Both Of Us underscores scenes of Canaglia glaring at Pele. Licensing music can be a nightmare, Battsek concurs.

‘It can be hell – but I’ve worked now with Liz Gallagher, our music supervisor, on a number of films, and she’s fantastic. The two directors, Paul and John, and I and Liz, we put our heads together and decided what kind of music we wanted, and we went to see record companies and told them the story, and Universal went along with us. So the majority of the music, about 60%, is owned by Universal. Music is so important for films, and especially a film like this, a retro documentary, it had to have great music, and the music had to be a character in the film.’

Once in a Lifetime is a film about dreams, serendipity, and making things happen – the driving force behind the Cosmos being Steve Ross’s pioneering dream of an American Soccer League to rival the European game. Given a once in a lifetime opportunity, what would Battsek do?

‘Bloody hell.’ He thinks for a minute. ‘Well, God – a million things. I’d have played football for Chelsea, I’d have played cricket for England, I’d have played tennis internationally. I’d win the lottery and give all the money away to good causes. We, my business partner (Andrew Ruhemann) and I, really have a strong desire to make films that will have a beneficial impact in struggling areas – possibly in Africa. You think of the money that’s wasted to fly a celebrity to the Venice Film Festival for a day – or the amount that a doctor needs to make a real difference to the lives of his patients in a hospital in Kenya. So what would I love to do? I’d love to make films that had a positive effect in some area of the globe – but I’ll settle for playing for Chelsea.’

John Battsek – tall, dark, handsome, passionate, philanthropically minded and cool trainered – rather fabulous, actually. Go and watch his film. And then buy the soundtrack. And the book. Money well spent.