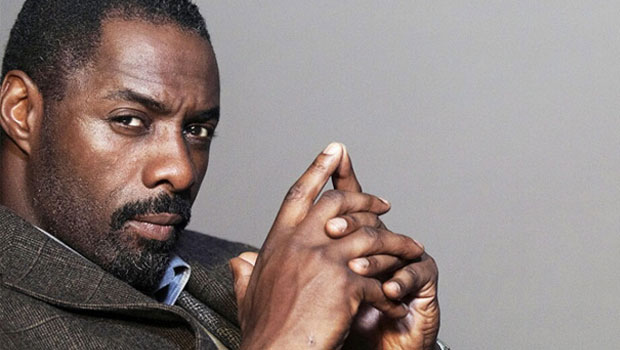 “I came off The Wire and was like, ‘here I am world!’ And nothing, silence …” Idris Elba tails off, momentarily recalling Stringer Bell, the brooding, ruthlessly ambitious but ultimately thwarted gangster and property developer he portrayed in the cult US crime drama.

Four years after he left the show routinely hailed as the ‘greatest television series of all time’, the 37-year-old actor reckons that its creeping, word-of-mouth popularity still defines his career.

Last year, Obsessed had Beyoncé and Heroes’ Ali Larter catfighting over him in a male fantasy that made almost $70m at the US box office. Yet the movie “didn’t open the floodgates for any leading roles”. When he travels first-class between his Miami home and the UK, curious strangers, vaguely recognising his celebrity aura, ask him if he’s a basketball player.

Stringer made Elba, but he made Stringer, imbuing the character with rare depths of charisma and menace. The Wire creator David Simon recognised his contribution by writing him a much bigger role and Shakespearean downfall than was initially conceived for the self-improving consigliere of Baltimore drug kingpin Avon Barksdale.

“Nothing’s gotten me more work than The Wire, nothing,” he notes with just a shade of ambivalence. “It’s had a “very, very slow drip effect, only now opening doors for me with Luther.”

Appropriately, it’s just starting to rain in London, where Elba, a committed musician and DJ since his teens is feeling exhausted from playing murder detective John Luther in his primetime BBC cop series, while also doing radio promotion for his second EP, High Class Problems Vol 1, under the moniker Driis. His voice is raspingly hoarse, akin to Sesame Street’s Cookie Monster he reckons. He likens Luther to Kenneth Branagh’s dark, Swedish-set police procedural Wallander, revealing that Branagh, who directs him in his next project, the mega-budget comic book adaptation Thor, has been in touch to offer his congratulations.

For a performer whose earliest screen appearance was chopping up his girlfriend in a Crimewatch reconstruction, and who initially left the UK because of the paucity of good roles for black actors, it’s gratifying to be on the other side of the thin blue line in a role penned as racially non-specific.

“I didn’t want to go back to television,” he admits. “But the lead in a BBC drama feels like a pinnacle. He’s just a character with rage and passion that could be played by any number of great actors, white or black.”

We’re chatting less than three miles from the Emirates Stadium in Highbury, where two days from now the Arsenal fan will endure his team’s comprehensive defeat in the company of his Manchester United-supporting father. The 6’ 2” actor adjusts his lengthy stride to kick a stray football clear of our path, settling on a bench with his beer and rolled up cigarette, a contented cockney geezer. Regardless of his football loyalties, he was born within the sound of Bow Bells in Hackney, Idrissa Akuna Elba, the only child of a Ghanaian mother and Sierra Leonean dad.

At secondary school in Canning Town, he was drawn to acting by his drama teacher.

“Sue McPhee,” he reminisces. “She was Welsh, a great … girl. I had a crush on her, I don’t know if she ever knew, although she will now. She was very encouraging to us that we could do whatever we wanted.”

Since then, female reciprocation for Elba has flourished, something he’s parodied in a rare comic role in the US version of The Office, his character Charles deadpanning that he is “aware of the effect [he has] on women.”

“I’ve heard a lot about how I’m a sex symbol, but I don’t personally see that attention, I’m not like Brad Pitt being mobbed in the street,” he demurs. “I’m trying to pursue more comedy now. It’s more from you and your confidence than the anger of drama.”

In the coming months, he has two explosive action blockbusters set to hit cinemas, the heist movie Takers and special forces revenge saga The Losers. But it’s another covert operations drama, a modestly funded, psychological thriller made in Glasgow that he reckons will bring him his “shot at more complex roles and iconic characters”. With Legacy, Idris Elba hopes his name will finally ring out louder than Stringer Bell’s.

The rain’s really pouring now, so we’ve moved inside to a double-room, dominated by the studio mixing desk behind us. The space is roughly that of the room where most of Brooklyn-set Legacy was shot, a mere stage in Film City, Govan’s former town hall, where Elba’s character, Malcolm Gray, retreats after a mission goes terribly wrong. Dumfries, similarly, filled in for Eastern Europe and Glasgow’s City Chambers became a New York City courtroom.

The debut feature from 29-year-old British writer-producer-director Thomas Ikimi and the second from Glaswegian production company Black Camel, after the well-received, low-budget Nazi zombie flick Outpost, Legacy was shot on digital film over 22 days and has been speedily edited by Ikimi for the closing night gala of the Glasgow Film Festival.

“Ingenious, an ingenious working environment,” Elba murmurs approvingly of Film City. “You get an almost college vibe, which took the Hollywood pressure off a little bit. It became this place where we were allowed to really carve the shit out of the film.”

On The Wire, he auditioned for Barksdale and got Bell. Ikimi, likewise originally saw him as Senator Darnell Gray Jnr, brother of Malcolm, whom he wanted played by Chiwetel Ejiofor. When Ejiofor declined, Elba seized on the opportunity to play the mentally and physically scarred Gray, pledging to executive produce the audaciously Hitchcockian script by the precocious director, who spent months in Nigeria scrabbling funds together for his vision.

“I called him, this kid who’s made one short and sent me this script by email. And he’s just so passionate about where his head is in film,” recalls Elba. “You rarely see that sort of passion from someone that talented and when you do, oftentimes it doesn’t come your way.

“He knows every film, every anecdote about every director and he would direct me with stories. ‘Do you remember when Robert De Niro did this? But he could have done it that way couldn’t he?’”

The narrative’s claustrophobia and Gray’s unreliable mental projection – “There’s an audience that will come by me, that love The Wire, and Thomas wanted to strip it of any form of spoon feeding, like [Duncan Jones’] Moon, he wanted to make it for the most intelligent audience you can get” – required Elba onscreen for almost every second, a challenge he describes as “like being asked to give a masterclass – ‘show us what you’ve got’.

“I had to exercise my rolodex of characters that I’ve got in my head, and yeah, it was fantastic, a very enjoyable experience. Tough though. I wasn’t allowed to breathe for four weeks, it was all Malcolm Gray.”

When his unit is ambushed, the enemy demand Gray’s identification. Notwithstanding the presence of The Wire’s Clarke Peters, aka cerebral detective Lester Freamon, in his team – “it was great seeing him again, he really gave the film some gravitas” – the group’s commander ought never to have been in doubt. The biggest kid at his school invariably stands out as a natural leader of men.

“That’s a by-product of my upbringing I guess,” he shrugs. “As an only child, I’ve never followed anyone, always made my own decisions, bosh. It’s easier for an actor who’s had a life as a leader to play characters like that, the challenge for me is playing roles that blend in.”

Thor, in which he wields a “real big sword” as Heimdall, “the whitest skinned” of all the Norse gods, seems like comic testimony to both his stature and versatility. In addition to his British and American roles, he earned favourable notices for his performances in the Rwandan genocide narrative Sometimes in April and the adaptation of Alexander McCall Smith’s Botswana-set No 1. Ladies’ Detective Agency.

He reminds you that between quitting the Dagenham Ford factory night shift, spending three years in New York, taking acting lessons, DJing to pay the bills and perfecting his Brooklyn accent, “I’ve dedicated 20 years of my life to song and dance auditions”. Alluding to Jack Nicholson’s delayed graduation from B-Movies to iconic stardom, he frames the jobbing actor’s life in racial terms.

“I’ve spent a lot of time in music over the last few years, just because it allows me to not get bitter about being a porch monkey actor for ever and ever” he says, before clarifying that “there’s still mystery around black men. In Western society, a prominent black person is either one of several things by stereotype: drug dealer, sportsman or simply real cool guy.”

Alongside The Wire, he long ago cornered these as the only Harlem hood willing to stand-up against Denzel Washington’s mob boss in Ridley Scott’s American Gangster, having thief-partnered Scots actor Gerard Butler in Guy Ritchie’s crime caper RocknRolla. He plans to make and star in a Michael Jordan biopic, but after growing press scrutiny into his own life – he’s in a long-term relationship in America and has a daughter from his ex-marriage is all he’ll disclose – he understands the US basketball legend’s desire for privacy.

As a more personal means of expression than acting, his cool credentials might come to be defined by his music. “I’m a lot more personable with it than I am in reality and I think it might over-expose me” he concedes. Even so, he plans to release a full album soon and tour this summer.

“If I’m going to be successful at film and music, it’ll be because I did the small stage at Glastonbury, did four months touring colleges doing songs that people love. If you spend time grinding it, it can work.”

Still spinning the decks as Big Driis, he’s come a long way since following his uncle into wedding DJing business as a teenager and portraying his first character on a pirate station.

“I was Mr Kipling. Exceedingly good tunes,” he laughs. “But you know, I had a great show and people still call me that now. I met a DJ recently and he was like ‘Kippers! When you said you were doing a bit of acting, you weren’t having a laugh was you?’ Oh man, that was hilarious!”

A version of this interview appeared in the Scotland on Sunday, February 14, 2010.