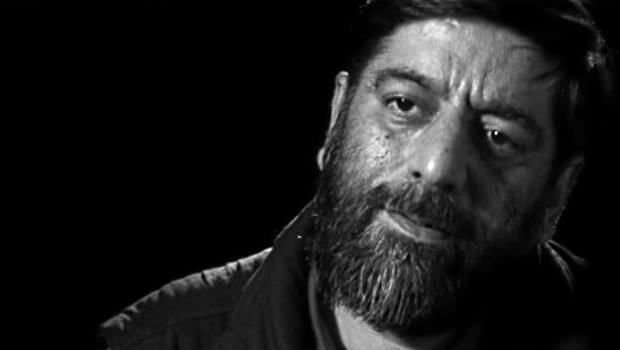 On February 27, 2002, a train packed with Hindus was attacked by a mob of several hundred Muslims at the Gujarat town of Godhra in the north of India. The train had been bound for Ayodha, where in 1992, Hindus had destroyed the Babbri Masjid mosque, believing it to be on the site of the god Ram’s birthplace. The Vishwa Hindu Parishad, or World Hindu Council, planned to erect a temple to Ram at the controversial location and those on the train were activists. The exact details of what followed have never been determined, but Coach S6 of the Sabarmati Express was set alight, killing 58 people.

Final Solution chronicles the aftermath of reactions to this event, alleging the Indian government’s complicity in violence that saw over 2,500 Muslims brutally murdered, hundreds of women raped and more than 200,000 families driven from their homes. Taking its title from Nazism’s calculated programme of genocide, this soberly shot but emotionally powerful account examines the rise of the right-wing Bharatiya Janata Party (BJP) and what director Rakesh Sharma calls ‘Indian Fascism’. Banned by the government, the film found an audience through a guerrilla pirate and circulate campaign and won the Special Jury Award at last year’s Berlin Film Festival, as well as Best Film at the Index on Censorship’s Freedom of Expression Awards in London.

The documentary made an international impact Sharma maintains, “because we are looking at a worldwide climate where the politics of hate are gaining currency.

“When I’m screening it in America or Europe, people are relating it to their own context – not just the historical context of Nazi Germany, but what’s currently happening in various countries, the context of a well-defined war on terror.”

“Gujarat wasn’t a spontaneous outburst of violence. This was a well planned, well executed operation with state sponsorship. And it wasn’t just for those few days or weeks. In a sense, it continues today because the state lives in denial, denying this horrific violence took place. Most of what you see in the film is pretty much part of the official rhetoric: minorities must learn to accept their place as second class citizens. They must prove themselves. It’s that sort of nationalism where they have to wear their patriotism on their sleeves.”

Final Solution is indeed a harrowing record, featuring none of the talking head ‘expert’ opinion characteristic of such filmmaking. Instead, its Hindu director relied upon first person testimony drawn from the Muslim ghettoes and refugee camps and the fervent BJP rallies.

“One of the reasons the survivors trusted me,” he says, “was that I have been looking at violence for many, many years. After 1992, when the mosque was demolished, there was widespread violence in the country. In Bombay, where I live, it shook up many people, because we thought that the metropolitan character of the city would insulate it. Yet we saw this violence spread to the middle classes and even the upper classes.

“At that point I was running a rehabilitation centre, which gave me an understanding of what this kind of horror means to a mother, a father or a child who has been orphaned. When I was talking to these people 10 years later, a lot of that understanding must have come through in the way I was asking questions and explaining why I was making the film.

“Because these were the first riots covered by satellite television in India, the Muslim community saw the media as helping them. So there was no resistance of any kind, on the contrary, there was a great desire to open up and speak.”

Despite Sharma’s arrest by the police and intimidation by BJP followers his film survived, only to be banned by the censor for attacking “the basic principle of the Indian constitution, which is national integration”.

“I’d anticipated this,” he explains. “The day after the censor board formally banned the film I made 20,000 copies and gave out free copies to anyone who promised to make five more. It was clear they wanted this film to disappear. But as a filmmaker I was going to fight it all the way and say ‘try your best. I will not let my film be buried.’”