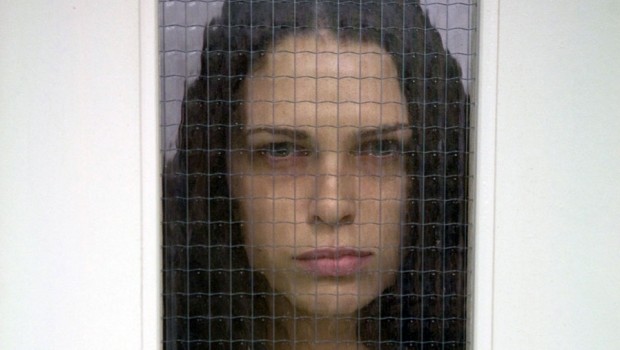 Sara Foster is most recognisable for playing überbitch Jen in the so-bad-its-hilarious guilty pleasure 90210, but the two films that she has coming out this year were in the can before her career took a step to the small-screen. You might have seen her in a few movies before she found that regular home on TV but, by her own admission, none of them would have been worth remembering. The first chance to see her in the cinema in 2010 is in director Andrew Shortell’s spooky – and at points just plain bonkers – chiller Psych 9, where she plays admirably against her TV image as Roslyn, a troubled young wife who takes up a night-job in an abandoned hospital, with predictably unsettling consequences. We spoke to her about the film and her career so far.

How would you describe Psych 9?

I would say it’s a psychological thriller; you’re on a journey of her mind. You’re trying to figure out who the murderer is, but all the while watching this woman, my character, just be as damaged as you can imagine. This girl had a horrific childhood, she was abused mentally and physically, in any which way you can be abused, and she is trying to come to terms and solve the puzzle to her past in order to move on.

Roslyn’s backstory is certainly heavy stuff. How did you end up getting this part?

It all happened so fast. It was one of those things where they had another actress and she fell out last minute. My agent suggested me, I came and auditioned, they saw my audition tape and I got the role. And then I stopped and said “you know what? No thank you”. The truth is, I wasn’t up to the challenge. I knew it was going to be hard, I knew it was going to be emotionally draining and taxing, and I didn’t know if I could pull it off. And everybody in my life said “you’re crazy. Because you’re so afraid of it, you’ve got to do it!” So I was talked into it, I talked myself into it, and I got on a plane three or four days later.

How did you approach playing the character?

There’s a lot to a human being and you don’t get it all from the script, so I had to go and fill in the blanks. For me, I decided Roslyn had a sibling who died. So I tried to make her as whole a person as possible, and after that I completely isolated myself; I became Roslyn and I was her morning, noon and night. I didn’t talk on the phone, I didn’t surf the internet, I didn’t socialise. I went to work and I went home, and sort of stayed in that depressed state all the way through.

Well, the first time anybody saw me I was 19 and I was a host on MTV. And then my first big break was a movie called The Big Bounce, which I wasn’t that great in, and it wasn’t a great movie. And I think when you’re involved in such a big film and the film doesn’t work, you get pigeonholed as the girl that isn’t very good. And you don’t get the opportunities to show that, actually, you are! So I think people will be surprised, I don’t think anyone would think that I would have the chops to be able to jump in and do a film like this. Definitely, my Jen fans from 90210 will be surprised. I mean, forget the type of character I’m playing, just aesthetically I’m different, with the black hair and very white make-up. But that’s why we do this, we do it to have the opportunity to play very different people. So I feel grateful that they trusted me to do it.

So once you had jumped into it, what was the process of making the film like?

I think there was maybe less pressure on them. I mean, given that they’re both real pro’s, they’ve been doing it for a long time and they probably handle the pressure differently. I had to go to some real extreme places in this movie, but Cary did as well, he had some really emotional scenes as my therapist. But as much as we got on we kept to ourselves a lot, because the mood on set was reflective of what was happening in the scenes, there was just a very dark mood throughout.

What was the director Andrew Shortell like to work with?

He and I worked well together. I knew he expected a lot from me, I knew that he knew I could do it, but at the same time I think he was a little bit nervous that maybe I couldn’t. He was really hard on me, but hard on me just the right amount! So it was a really good balance. He knew what he wanted out of every scene but at the same time he’d let me do my thing, and give me the freedom to just go for it. And in a movie like this you have to feel free, or it’s not gonna work.

What was the toughest part of the shoot?

Well (laughing), every day was pretty tough to be honest! We never had a short day, I never got released early, we worked six-day weeks and Sunday was our only day off. The therapy scenes were pretty tough, those were really draining.

At the end of a day like that would you consciously stay in that moment, or would you try and switch off in any way?

No, I watched a lot of film. But I watched Stanley Kubrick, some Hitchcock, The Ring. I watched Sybil, with Sally Field, where she is like a total lunatic, just to kind of keep me in that place! And if I wasn’t working or sleeping I was listening to my iPod. There was really no winding down. I think I got one manicure the whole time I was there, one Sunday I treated myself!

What do you think is the appeal of movies that centre on a character we can’t fully trust?

I love movies where I’m solving the puzzle as I go along, I don’t like movies that spell it out for you, that’s totally boring for me. I think these stories where you get lost in people’s minds are interesting.

Obviously this film is a piece of entertainment, but do you think in its own way it’s bringing mental health issues to the fore?

Yeah, it’s that thing we don’t talk about. One of the tag-lines of this film is ‘the abused become abusers’ and that’s like, pretty much always true. Listen, I think anytime a film can send a message or get you thinking, in a positive way, I like that.

Well I finished this movie and then I went into a very hilarious comedy called Demoted, which is coming out this year. I’m really proud of it, it’s laugh-out-loud the whole way through. So that was nice – it was a fun set and we had a lot of laughs. And then I went from that straight into the show, and I’ve been on there for almost a year and a half now, which is crazy.

What’s the experience of shooting the show like, compared to making films?

It’s a totally different rhythm, it’s definitely more by the book. In film you have a little more freedom to put your own stamp on it, and in television it runs with what’s on the page. So it’s a little more regimented, but I like the schedule, I like that it’s an ensemble and I like that I get a lot of days off! And I like that I get to be a nasty evil villain! Parts like that are not easy to come by, so I’m having a lot of fun. I’ve created this character from scratch, and people have really responded to her, which obviously makes it all the more worthwhile.

Are there particular actresses that you look at and think ‘that’s the kind of career I want to have’?

The women that I think all of us girls [look up to] are all the same ones: Cate Blanchett and Kate Winslet, even someone like Cameron Diaz, she’s had an amazing career. People think that the women who do comedy are kind of talented and women that do drama are geniuses, but it’s just not true. Comedy is freaking hard, and it takes a real pro to pull it off. And then you see her in films like Gangs Of New York and In Her Shoes with amazing directors and I guess that’s the ideal thing, to be able to kind of do it all.

So is it very competitive, being an actress at your level?

Well I’m certainly not competing with those women, you know, Scarlett Johansson and I are not brawling over a script, that’s for sure! I’m probably number five thousand on the list after she’s passed. But wherever you are in your career it’s competitive, so there’s always someone glaring at you from behind you trying to take your spot. It’s cut-throat, but I don’t really engage in all that nonsense, I just try to work hard and do my thing, and that’s it. I’m a homebody and I just want to steadily work.

What is the most important thing you’ve learned in your acting career?

I’ve learned that it’s pretty simple, you work hard and you’re gonna do well, and there are no shortcuts. Okay, there’s stories of someone who just gets really lucky and is catapulted into stardom and offer after offer, but that’s not the real world. If you want something you’ve got to really fight for it, because no-one is going to come after you. You have to have thick skin, because you’re gonna be rejected way more than not! Also, we’re not curing cancer here, so probably we should just not take ourselves so seriously. At the end of the day we are very blessed to be doing what we’re doing and getting paid for it.

Your dad is a very prolific composer. Do you have any musical side-projects up your sleeve?

I wish. I unfortunately don’t have a musical bone in my body, which is probably good, because that would be crazy nepotism, wouldn’t it, if I were to get a record deal? No, that’s not in my cards. Maybe in another life!