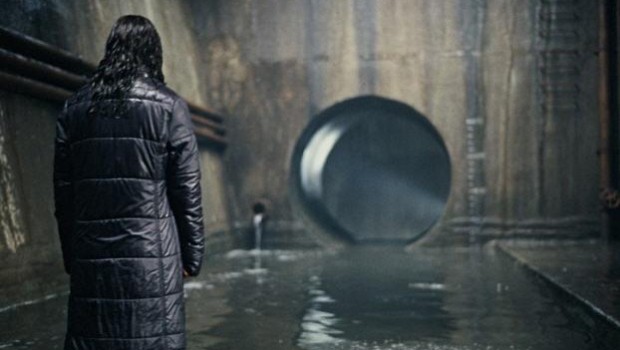 Rigoberto Castañeda’s slow-burning horror KM 31 centres around a highway which local legend claims is haunted by a spirit that preys upon travellers. The film was a huge hit in Castañeda’s native Mexico in 2006, and has recently been released on DVD. “I could see myself being 85 years old and still directing horrors!” he tells Matt McAllister.

The idea behind KM31 came from a Mexican legend, is that right?

Well, actually I first got the idea from a famous radio horror show in Mexico called ‘The Hairy Hand’. I’m a big fan. People call the radio station and tell stories about their real supernatural experiences…This one time a truck driver told this story about a ghostly ‘woman of the highway’. And he told the story so well, in such a dramatic way that I was absolutely inspired. I basically ran and wrote the first 10 pages of the script at that moment – and I never touched it, they are exactly the same 10 pages since then. And it was seven years before I started pre-production on the movie!

But the story that this guy told had a lot in common with ‘The Crying Woman’ Mexican legend. Your mother and grandfather would tell you about this legend since you were a little kid. They’d say, “If you don’t behave yourself, the crying woman will come for you!” It’s about this woman in the time of the Spanish colony of Mexico; her beauty was famous throughout the whole country. She fell in love with a Spanish military man and they had a child together. But then he told her the truth – that he had a wife back in Spain who couldn’t have children, and that he’d just come to Mexico to find someone to have a baby with and then take it back home. The woman felt betrayed and went crazy. She took her kid, dropped him into the river and then drowned herself too. After that the ghost appears at the road at the side of the river crying for her lost baby. It’s really creepy!

You also added a human story to this legend. Was it important to you that KM 31 was about the characters as much as the scares?

Exactly. I wanted to make a very classical horror. But I think horror comes from believing the reality you are creating; and you are going to believe it because of the characters. You need to believe that the characters have real personalities, that they suffer and have conflict…In a lot of horror movies you have typical characters and you know what order they are going to die in. In the case of KM 31, I wanted to be more realistic.

Were you influenced by any particular horror movies?

Movies like Rosemary’s Baby. The main character was in love, she was a normal person – you can identify with her very much, you like her. Or The Shining is a movie I identify with because, at some point, I remember being at a lonely hotel with my family – I know this sensation of being alone in a huge space. And the characters also have problems, you can identify very easily with them. I also love Hitchcock movies, though it’s not exactly horror. Hitchcock made characters with complex personalities…It’s not being scared in a cheap way when you’re into the characters.

What about Japanese horror movies? KM 31 seems to recall films like The Ring at times…

Actually it was kind of weird. Because there are two things KM 31 has in common with The Ring and The Grudge. The Grudge has the small boy, and The Ring has the ‘wet lady’. But I wrote the first sequence to KM 31 three or four years before the original Grudge came out and, like, five years before the remake. So when that film came to Mexico I was like, “Oh no! Now I’m going to have to change everything!” But I decided not to – because there is always going to be common trends.

It’s very curious. I don’t think that KM 31 was influenced by Japanese trends in horror movies. But it feels like that because it was happening at the same moment in time! When we were preparing KM we did watch and talk about those [Japanese] movies as our film was going out after them – me, the director of photography and the production designer. So in that way perhaps we were kind of influenced – in the look maybe – but we were trying to find something different and new at the same time.

Do you consider yourself a ‘horror movie director’? Or would you be equally at home making a romantic comedy…

No way! I think my genre is first of all horror. I won’t tell you I wanted to be a director since I was six years old – that is not true. What is true is that since I was six years old I was watching horror movies. My cousin’s parents had a video store, so in his house there were a lot of films. And at night we would sneak out and watch horror movies! We loved it! So I saw The Exorcist and Rosemary’s Baby when I was six or seven years old. And that gets in your head, you know? So horror movies and also thrillers are my genre without question. I could see myself being 85 years old – when I’m about to die – and I’ll still be directing horrors and thrillers!

Also, I’d love to do a fantasy. That is like my Everest! Actually I have a couple of treatments of fantasy stories. But for that you need a lot of money!

Would you like to make a big Hollywood movie?

Well, I would love to do a Hollywood fantasy for example. That’s probably one of only two ways to do a fantasy on a big budget – either Hollywood, or a multi-national co-production.

But I would also like to keep doing productions where I can have control. I mean, I don’t mind working with people or working with producers, I’m very open to hearing anyone’s point of view. But I’d like to keep making smaller budget horror or thriller movies – maybe in Mexico or Spain – and also keep writing stories.

Are you just as happy directing someone else’s script?

Actually, the film I’m finishing [Blackout] is from another writer. It’s an American writer [Ed Dougherty] and I like the script very much. And I don’t have time to always be writing!

But I’m also very distracted the whole time. Right now, I’m writing six different things at the same time! I’m writing one thing for one month, and then I’m like, “Oh, I’ve got this idea!” and I’ll write something completely different. It’s kind of emotional to write, you know? When you’re excited about a story nothing else is important any more!

The movie contains a great performance from Iliana Fox. What was it like working with her?

She’s fantastic, she’s phenomenal. I was doing the casting five months before principal photography and I didn’t want actors that were very recognised in Mexico; I tried to get out of the typical names. At that moment she was a television actress in soap opera. In Mexico almost every director of a film is like, “TV actors, no thanks!” We always think TV actors are pretty bad! But Iliana had gone to a very good acting school in Mexico. And I saw her audition video and I thought she was quite good for the look.

When we saw her in the casting it was shocking. Her performance was amazingly huge, she was crying like “WAAH!” And it was fantastic, you know? But I told her it was too big, that she needed to be more contained, that she had to deliver things more quietly. And when we did the same scene again, she did it perfectly. Immediately we realised the range she had. She’s an amazing actress.

Did the actors have much input into their characters?

From the start I told them to think of me as their best friend, someone they could tell anything to do. And they were open to tell me things. Sometimes they said, “I don’t like this” – and that can be difficult for an actor to say. I tried to be open, because the more eyes you have the richer it’s going to be.

You’ve said that this is a movie for a wide audience. Do you think you need to make any concessions to create a ‘mainstream’ movie?

I don’t think so. Because I’m like one of the audience – I love to go to the movies and I think I know what the audience likes. I don’t think of myself as an ‘arthouse director’. Even if some of my producers tell me “This is too arthouse!” I just want to entertain, and I trust a lot in my first opinions. I think of when I was six years old and enjoyed a good scare!

I knew from the beginning that KM 31 could be a big box office success in Mexico. Because in Mexico everyone loves horror stories, it’s in the culture. At the same time horror films in Mexico were dead since the 70s, because you can’t produce with a good budget in Mexico. Producers want to make movies which are cheap and without risk – romantic comedies for example. They don’t go for horror because it’s difficult…But moviegoers in Mexico were searching for new stuff. So I was pretty sure if we made a good quality horror film, people would go to the movies. And it happened!

Has Guillermo Del Toro had any impact on Mexican horror movies?

Well Cronos did well but not amazingly well. At the same time it’s not really horror, it’s fantasy. It’s more like the drama of being a vampire; his films aren’t horror in the true sense. But his movies are still some of the only other films in the genre in 25 years aside from KM 31. After KM 31 they are making other genre movies – I hope they do well!

Tell us a little about your latest film Blackout…

Blackout is an American independent movie. It reminds me a little bit of Hitchcock’s Lifeboat and Rear Window. There are three characters trapped in a lift, and one of them is not a ‘normal person’. The structure is in flashbacks so you get to know the characters. At the beginning of the film you think one thing about the characters, and at the end you think something very different!