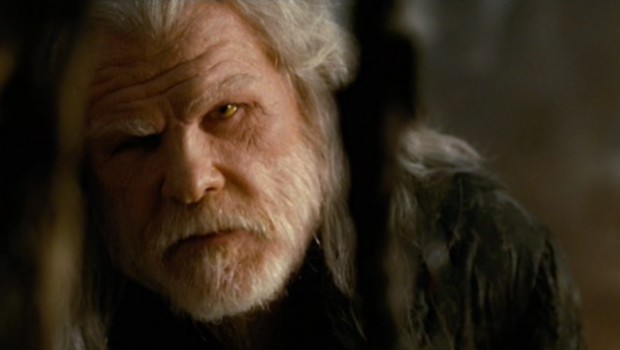 With his new movie, The Spiderwick Chronicles, about to be released, Nick Nolte chats to Adam Tanswell about acting blind, Ben Stiller and his evil new role…

Publicity-shy Nick Nolte knows the press better than most people in the spotlight. “Usually, everything you read about actors is highly exaggerated,” the Nebraskan-born actor reveals. “Then there are a lot of actors who encourage that and want that kind of publicity, but it’s not for me. I don’t read it. Over the years, I have had a good relationship with the press, on and off. I had a very good relationship with [gossip columnist and US television presenter] Rona Barrett years ago. Early on, when I did the TV mini-series Rich Man, Poor Man, the press found out that I had been a felon. My manager got a call from The Enquirer saying, ‘We’re going to expose this and ruin his career or we want to year’s worth of interviews.’ My manager called me straight away, ‘You’re going to be destroyed. You’ve got to give a year’s worth of interviews…’ But I hung up to think about it, called Rona and went on her show to explain everything live on air: ‘In 1965, I sold counterfeit documents and was given a 45-year jail sentence and a $75,000 fine.’ It defused the situation completely.”

And now, after a two year absence, Nick Nolte returns to the big screen with the family movie, The Spiderwick Chronicles, in which he plays an ogre called Mulgarath. “I had worked with [screenplay writer] Karey Kirkpatrick before on the animation Over The Hedge,” Nolte explains. “He sent me loads of information about Mulgarath, goblins and trolls – and I jumped at the chance to join in. I really enjoyed working with the director, Mark Waters. He would come up and give me really off the wall directions. Mulgarath is so old that he can’t quite make a full transition when he transforms from one being to another. When he tries to become human, he’s left with a huge humped back – and he never gets his eyes right in all his transformations. We wanted to mess with that a bit, so Mark would say, ‘Play it like you’re a junkie. You’ve been in an alley and you’ve just decided to walk down Park Avenue after being up for three days.’ It was a lot of fun.”

The film shoot was often tricky for the actor because he had to wear yellow contact lenses through which he couldn’t see. “I realised how much peace there was in being blind,” he admits. “Just seeing occupies so much of our brain. And so much of our anxieties are associated with visual sight, that it was interesting to not see a thing. Just seeing another car, another face or anything causes some kind of anxiety. It’s a very subtle anxiety but it’s there. When you’re blind you don’t have that at all. You know what? I prefer to be with the blind.”

The Spiderwick Chronicles isn’t the only time the thespian has had to do without his sight. He played a blind man in Hans Petter Moland’s film The Beautiful Country back in 2004. “That was a fun process because you learn so much about spatial relationships,” he recalls. “Sometimes I’d mess up a scene and end up in the closet. I’d shout, ‘Where am I, Hans?’ And he’d reply, ‘You’re in the closet. Just turn around and walk straight out – the bed’s about three steps straight ahead.’ It was interesting to say the least.”

With nearly 40 years of acting experience under his belt, Nolte still enjoys being in front of the camera. “I still have the same passion, but I don’t have the compulsion to act all the time,” he admits. “For example, if I get into a situation where I don’t think the film is quite right, I will walk. I won’t stick it out. I don’t like doing that, but I’ve done it before and I’d do it again. I used to stick with it and it would be a horrible experience. You catch yourself doing something you’ve deluded yourself into because of the money. I’m very critical with myself, especially when something like that happens – when I’ve deluded myself into a picture. But that happens rarely. It usually happens after success. You don’t learn anything from success. Success does nothing for you except lead you further into delusion. The more success you get, the more deluded you get – and so the fall is always bigger. You have to get back down to the base ground where you’re a regular human being just like everyone else. Once you’re there, you start from the ground up and do things you really want to do regardless of the money.”

So what’s next for the actor? Nolte stars alongside Jack Black and Robert Downey Jr in the Ben Stiller comedy Tropic Thunder, released later this year. And before he departs our interview, he reveals what it’s like to work alongside his comedian companion. “With Ben Stiller, you don’t have to play comedy. You play the opposite – you play it more real. If the writing is right, it’s funny in itself and that’s exactly how it is with Ben. If you try to joke on top of it, then you’re commenting about it. You don’t want to comment on the comedy. Let it stand on its own.”

The Spiderwick Chronicles is released on March 21.