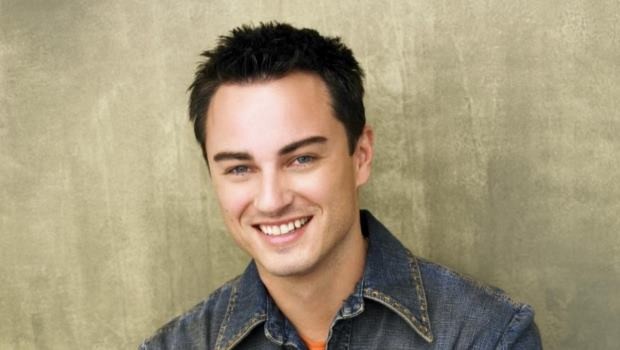 Actor Kerr Smith shot to fame with the role of bright-eyed student Jack McPhee in the teen television series Dawson’s Creek. However, he’s no stranger to the big screen with roles in various big-budget movies including Final Destination and The Forsaken. His next film, a 3D slasher flick called My Bloody Valentine 3D, is released on January 16 – and Kerr reveals his thoughts on the project to Future Movies…

What’s it like to see yourself in 3D, Kerr?

To be honest, it’s quite bizarre. I didn’t know what to expect, but I don’t mind it. We’ve only just got into the HD era and not a lot of people like to see themselves in HD – but now we’ve got 3D, so it’s a bit strange. I’ve got a huge head anyway, but now it’s massive. You know what? It is what it is. I’m not going to complain.

Did you see the original movie on which this is based?

With a lot of the film based inside a dark mine, was this a stinky job to take on?

Being in the elements added to the performance because everything is real. It’s damp and it’s dark and it’s muddy and eerie inside a mine. If we shot the mine scenes on a sound stage, it wouldn’t have worked as well. I’m glad we did it this way.

Are there many deleted scenes that didn’t make the film?

There are a number of alternative endings that were filmed, as well as a number of deleted scenes. There are some really good, funny scenes that didn’t make it into the final movie, but I’m sure they will turn up on the DVD.

There’s an underlying humour in your new movie… Was that intentional?

It always amazes me when people laugh in tense thrillers and horrors. I don’t expect it. There are scenes that I think are pretty heavy, but people will laugh and I think I know why that is. You see, when you’re watching a thriller and your body is tight because you don’t know what’s going to happen next, you need some kind of release. I think that’s nervous laughter we hear, although, some of this movie really is intentionally funny, too.

What is the appeal of horror movies?

I think people love to be scared. Scared to the point where it’s not an emotion you might experience in everyday life – but you also have the added element that you’re terrified but completely safe. I like that.

I don’t know if you classify it as a horror, but I love The Ring. I think it’s more of a thriller, but it scares the hell out of me. That weird chick with the long hair freaks me out. I also like the classics, such as An American Werewolf In London, The Thing and The Beast Within. Oh, and I love the obvious Jason, Freddy and Michael movies.

Is it true that you and your mother were uncredited extras in the Bruce Willis thriller Twelve Monkeys?

That is true. That was actually my first job. It was on my birthday and I was with my mother. We were two of 498 other people in the futuristic airport scene which Willis runs through. That was my first time on a movie set – and that was the day that I caught the bug and decided acting was what I wanted to do. I’ll tell you a funny story if you want to hear it?

Well, a couple of years later I was acting and I had a resume, but I didn’t have a whole lot on it. Everyone was making crap up for their resumes, so I threw Twelve Monkeys on there. I gave my character a name – Chris something – and I go in for an appointment with a bigwig casting director at the time. We’re sitting down and she says, “Ah, I see you did Twelve Monkeys.” I reply, “Sure, of course I did.” To which she says, “That’s funny because I cast that movie.” I picked up my resume and walked straight out of the door saying, “Thank you very much.” It was brutal, but at least I can laugh about it now. I even remember I took the resume with me because I couldn’t afford to make any more.

Do you prefer to work in television or movies?

I love both. Television has been very good to me. I really do enjoy it and it’s nice to have a steady job and a steady pay cheque – but I love to make movies. I love the element of going on location for three months and playing a new character – and then moving on and doing it again and again. My primary focus has always been film, but I keep getting offered the television stuff and I will always take it because I enjoy that, too.