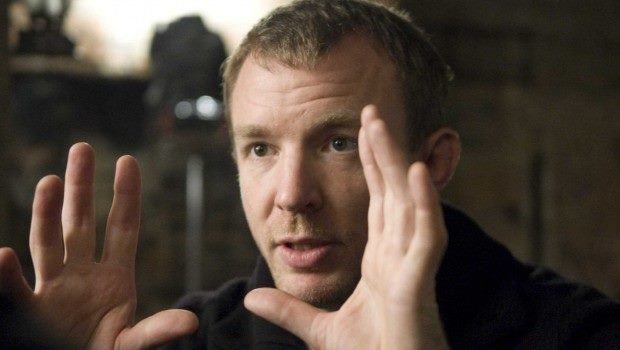 British director Guy Ritchie, 39, first hit the headlines when his debut movie Lock, Stock And Two Smoking Barrels was released in 1998. The London-based gangster caper launched the acting career of former footballer Vinnie Jones and pushed Ritchie into the spotlight. The acclaimed director became tabloid fodder when he married US singer Madonna and cast her in the critically-panned film Swept Away. His latest crime thriller, RocknRolla, stars Gerard Butler and Thandie Newton – and it’s in cinemas now.

Tell us about your new movie, Guy…

Guy Ritchie: RocknRolla is in the same genre as Snatch and Lock, Stock. I felt I wanted to do another film like this because England’s changed so much in the last 15-20 years. The world of crime has consequently changed in the last 20 years, so part of the movie is about old school gangsters getting pushed out by the new school.

Who are the new school?

Guy Ritchie: Well, an aspect of this is Eastern European or Russian. A few years ago, if your average gangster had made a few million pounds and was seen as a big to do, that’s been eclipsed by the international eastern gangster who now comes packing billions. The old-school natives are trying to hang on to business as it used to be – but they’re just being pushed out.

How do you think the UK has changed over the last 20 years?

Guy Ritchie: England no longer has the identity that we previously understood it to have. It’s become international like New York has become international. Business is conducted differently now. Previously people could offer a million pounds for a house – and then an oligarch will come along and say, “Just to take it off the market and to save any haggling I’ll offer you £20 million.” That wasn’t necessarily uncommon. They did that with football teams. They did it with football players. They did it with every sort of cultural manifestation that we had. These exponential bids would suddenly come into the equation. That had tremendous cultural effect on the way everything was manifest. So we try to reflect some of that within the movie too.

Do you still call London home?

Guy Ritchie: Definitely. London is my home town. I was born there and I’ve seen it change and I know a great deal about it. I live vicariously through my wife, so I was once a spy and now I’ve become a tourist – and it’s much more fun to live in London as a tourist than it is as a spy.

What do you mean by that?

Is it true you’ve got a pub in the capital?

Guy Ritchie: I do have a pub. And I can tell you that it’s much harder to run a pub than it is to make a film.

Did the smoking ban affect the business?

Guy Ritchie: The only reason I went into the pub business is because they stopped smoking in pubs. I think four pubs a day go out of business in England, but we’re doing fine.

As you grow older, do you approach criminals less romantically in your movies?

Guy Ritchie: Probably not. No, it’s pretty much an objective view of crime on the whole. I try not to be ethical or moral about it. It’s simply an observation and commentary on that observation. That sounded relatively intellectual…

Have you ever met any sinister underworld members whilst researching your movies?

Guy Ritchie: Absolutely not. The criminal underbelly of society is heavily frowned upon by myself.

Guy Ritchie: Well, I will say that some of the ideas from past movies are based on things I’ve heard about. Take the pig feeding story in Snatch as an example. That’s a cliché of how people disposed of bodies. Since then I’ve seen it pop up in several movies, but I had met the guy that used to remove the teeth before they chopped them up and gave them to the pigs.

Was that a scary meeting?

Guy Ritchie: Now he’s a grandfather. He’s a lovely chap. He gives to charity, he runs his local football team and he looks like your average avuncular generous individual. So sometimes there’s nothing exotic about the exoticism of crime. That’s kind of interesting in itself – that sometimes people can do what we see as heinous and nefarious acts and to them it’s just par for the course.

How different is this to your previous movies?

Guy Ritchie: Well, it’s in the same genre, so if you saw this and you saw Snatch, you would suspect that the same filmmaker was behind it.

Are there any differences?

Guy Ritchie: I’d like to think so because otherwise we’d have called it Snatch 2. No, it’s a new take and it’s a contemporary take and the stories are new.

Is it true you’re working on a big-screen version of Sherlock Holmes, too?

Guy Ritchie: Yes – and it’s going to be very contemporary. Originally, Sherlock Holmes was this intellectual action man and I think what happened was they played down the action man aspect because people just didn’t have the means of executing the action in interesting ways. Well, we do have the means and we have the technology so we’re just riding on the back of that.

When you say contemporary, does that mean it will be set in the modern day?

Guy Ritchie: No, it still remains in its period, but we like the idea that he’s an intellectual action guy to a degree.