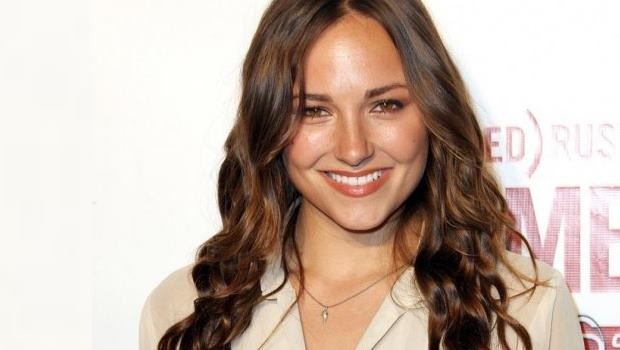 Step Up 2: The Streets star Brianna Evigan reveals what it’s like to be an all-singing, all-dancing sensation in the US dance smash…

How does it feel to see your first movie on the big screen, Brianna?

It’s so cool. It’s been crazy, but I’m really proud of myself. I worked really, really hard – harder than I’ve ever worked before but it’s all paid off. I had some crazy hours with all the acting and the dancing, but I got through it all. I couldn’t be happier.

What do you make of the comparisons between your new movie and the dance classic, Flashdance?

I think it’s great because Flashdance is one of my favourite dance movies. With Step Up 2, we really took dance on the big screen to a whole different level. I seriously think that Step Up could be the next series of Flashdance.

Did you like the way the movie’s dance scenes were edited? A lot of dancers become frustrated when strenuous dance scenes are cut out of the finished film…

We did so much more choreography than what you see in the finished movie, so it’s crazy when you see it all chopped up and half of the moves are missing. But it was fine. I loved the way they put it together. I think the editors and the director did a really good job – and all of the dancers were very happy with it, too. We were all just blown away to see the finished product – and to see it do so well in the States.

A lot of the sexy dance routines are pretty saucy for the young audience the film is aimed at… Was there a line you weren’t allowed to cross?

Well, before the movie started filming, I’d been dancing with a company called E Funk and we had a real sexy hip-hop, burlesque thing going on. But with this movie, they really wanted me to cut back on my sexiness. I had to learn to put a limit on it for sure.

Do you relate to your character in the movie?

Sure. I think a lot of people can relate to her because she’s a girl who’s had a lot of problems in her life. She doesn’t have a mother, she doesn’t have a father and she’s adopted into another family. She lives in an area that you probably don’t want to live in and she’s just trying to follow her dream. She loses her friends, her boyfriend, her school and everything – but she’s still strong enough to be able to get through it all. That’s a positive message.

This is your first big-screen movie… Are you looking for an acting career now or are you going to return to dancing?

At the moment, I think I’m going to go with the acting and hope that I can do this in the long term. That’s my goal for now anyway.

So what’s next for you then?

I’ve got a few things pending, but I can’t reveal anything yet. I’m definitely going out a lot and meeting a lot of really cool people, so we’ll see what happens. Fingers crossed that I can make this work…