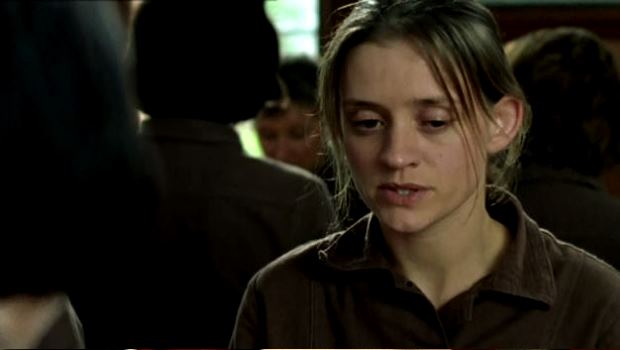 Hidden from public view for decades, the terrible story of Ireland’s Magdalene laundries is only now being exposed, and Peter Mullan’s The Magdalene Sisters, winner of the Golden Lion at 2002’s Venice Film Festival, is the first feature length film to deal with the subject.

A succession of recent television documentaries had already begun to erode the wall of silence that surrounded abuse in Ireland – Channel 4’s Witness: Sex in a Cold Climate bore testimony to four women’s horrific experiences in 1998, with Irish broadcaster RTE following the documentary Dear Daughter with the States of Fear series in 1999 – but it is Mullen’s film that has brought the Maggies’ story to a global audience and outcry from the Vatican.

Though it remains unseen on Irish television, it was the chilling Sex in a Cold Climate that moved the Scots director to write The Magdalene Sisters. Not long after though, in March 2002, the BBC screened Sinners, the story of Theresa, a young, girl from the west of Ireland committed to a Magdalene laundry by her family for expecting a child out of wedlock. English actress Anne-Marie Duff played Theresa, reprising her role as the penitent Margaret in Mullan’s film.

Was it a coincidence that you were cast in both films?

It was actually, a spooky coincidence. I’d worked with the director of Sinners [Aisling Walsh] before, years ago on the first television drama I did. We talked about Peter’s project, which was different to the BBC production because film is a very different medium. I’m sure they had to think long and hard about casting me, so yes, it was a lucky coincidence for me.

Are you playing a similar character?

I’m again playing one of the young women who go into the laundry, and it’s a similar scenario, but they’re different character types. The thing with the film is that it’s split. It concentrates on four girls, each with very different experiences, so whereas the BBC focused on one or two girls, Peter’s film is much more egalitarian. It’s more of an ensemble piece.

How did you prepare for the role of Theresa?

The Magdalene Sisters we filmed in July 2001, but we didn’t film Sinners until November that year. It was just a very quick turnaround that it came on television so soon. So yes, I’d done lots and lots of research.

Did you meet women who had been in the laundries?

For Peter’s film we read widely and watched lots of documentaries, but when I went to Ireland to film Sinners it was different because we were filming in an area that was very steeped in that kind of history, so I met lots of people. We filmed in Kingston in Galway and in an old orphanage that also had a tiny laundry attached. The walls were like big pores that had absorbed all this pain, and I got to meet many people who had experienced it all.

Was it difficult to listen to these stories?

It was, and it reached a point where I was desperately grateful that these women could be so generous and trusting. The great thing about these projects is that the story is much bigger than you are. So your ego’s never engaged, it’s all about telling the story with respect.

Did you get the impression that people wanted their story told?

Oh God yes. In Ireland the response was phenomenal.

Were you sent letters after Sinners was broadcast?

Yes I was, and it’s very touching, so I guess we told it well.

Were you aware of the Magdalenes before you got involved in the films?

Not at all. My parents are Irish so I had vague ideas about it, but it wasn’t until I said I was involved in these projects that members of my family came forward and said I had experience of this, and I knew this girl who … I think it really did touch everybody in Ireland.