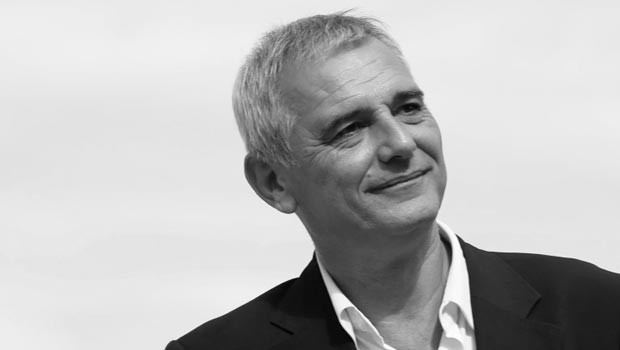 Q: The film is unusual in several ways: the multi-stranded narrative; the female perspective; the number of black characters.

Laurent Cantet: There are two things I’d like to respond to in your statement. The first is that many people have been surprised that the film wasn’t written by a woman – its only when they see the credits that they realise. I’m very proud of that. Also a lot of Haitian have said that it was the first time for them that a white or French director made a film about their country without compassion and without guilt. So that’s what I’m very proud of.

Q: The film is very honest; it seems to use sex tourism is a metaphor for colonialism and colonial attitudes to poorer countries, with a cold eye.

Laurent Cantet: I agree; though I don’t set out to make a film as a metaphor. People can read into it what they like, afterwards. The concept is embodied by the story, by the characters, by the context.

Q: What drew you to the subject matter?

Laurent Cantet: First there is no exploitation. I think its important to say that things aren’t as simple as the exploited and the exploiter. Life and reality is more complex and the strength of cinema is that it can lead you to these concepts.

Q: An interesting twist is that the tourists are not male, so that changes the power balance. The woman might be rich, but they are women, and they are older.

Laurent Cantet: So its not one group exploiting the other, its two groups of oppressed people coming together. The women take a while to accept the real women that they are.

Q: Legba is the ultimate fantasy; and you never get any sense of his interior life. He has no monologue. Was that deliberate?

Laurent Cantet: Yes. First of all he is young. And when you’re young, you don’t have this self-reflexivity. you don’t think, you just experiment, you suffer bad things, enjoy good things, and especially when you are living in such a precarious environment. Legba is reactive, passive; he can’t think things, he can just live them. And he is built by the women, he is what they want him to be. His air of mystery gives him power over the women, but also means that he becomes disenfranchised – we don’t care about what he thinks or says.

I don’t have any answers; I didn’t make a choice in all these interpretations, you know.

Q: On Brenda’s arrival Haiti seems blissful; a paradise which Ellen presents almost as a commune, all free love, but this very quickly breaks down. Do you think women can be friends where men are involved?

Laurent Cantet: I don’t know if you can make these kind of generalities. The fact is that strong feelings are always difficult to share and can be damaging. But what interests me is that the two women are not only in competition, but they are very similar, even if they hide behind different masks. The film is built on the idea of a relay race. Brenda is just starting on a way of life that Ellen is finishing.

Q: I remember feeling quite ill at the end of the film as Brenda’s contemplating her Caribbean journey, meeting more and more young men.

Laurent Cantet: At the same time I think all the characters are people who are looking for a place in the world, and they know that this place doesn’t exist, so they play roles. She is maybe one of the most honest characters in my films because she says, ‘right, that’s what I want, and I know who I am now, and I’m going to try to find it’, and that’s quite positive.

Q: In a slightly odd way!

Laurent Cantet: That brings me to some thing else though, which is very important for me – I try never to judge my characters, to just show how complete and complex their lives are. I feel empathy for them because I think we share this kind of paradox, we’ve all done things we’re not proud of.

Q; Can we talk a little bit about casting.

Laurent Cantet: Charlotte Rampling was the first image I had of the film; partly because of other roles she’s played and also because she is bilingual. And she has this image of an actress who deals with sex issues quite easily, and bringing her to this subject again seemed important to me.

Laurent Cantet: So I met her very early, and we spoke a lot, which helped me to write for her, and then I sent her the script. She hesitated to accept the role – Ellen is not an easy character – controlling and bossy – and then at the end she is so destroyed, but once Charlotte said yes she was with me all the way. When production was delayed for a year Charlotte trusted the film and that really helped me too. Karen Young I didn’t know. I saw a lot of tapes and I met a few women and made tests with three and I asked her to prepare the monologue scene. She came back and did the scene and at the end she was crying and I was crying too and then I was sure she was the right person.

Q: And the Haitian casting?

Laurent Cantet: It took three months to find Legba. I walked around Port-au-Prince looking at boys talking to them and asking if they wanted to screen test. Menothy didn’t want to make a test, he just came to be with his cousin. The first time he came into the room, I knew it was him. He had no project with cinema. And he won an award in Venice, so he’s now living in France.

Laurent Cantet: Not easy, we had to adpat to the conditions. The first day we had a shooting near the set. I had to find back up locations in the Dominican Republic in case we couldn’t shoot in Port-au-Prince.