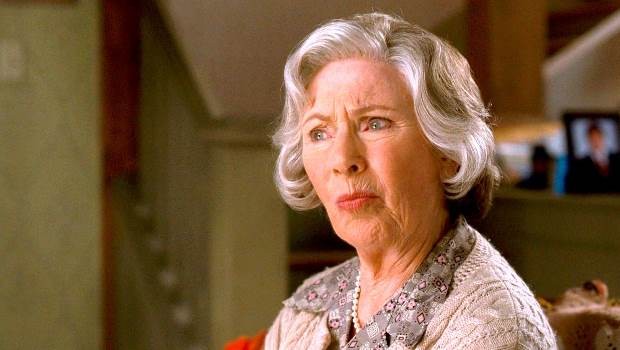 Actress Marion Ross is best known for her portrayal of Mrs Cunningham in the classic television show Happy Days. However, the 78-year-old returns to comedy with a role in the spoof film, Superhero Movie, which is released on DVD shortly…

You look amazing for 78, Marion. What’s your secret?

Every day, somebody says to me: “Oh, you look so beautiful.” But I think what they mean is: “For an older woman, you look great.” They don’t think I’m a young-looking woman, but a beautiful woman – and that’s my goal. I’m not fixing this face.

Have you ever considered plastic surgery?

You look at a lot of actresses and think, ‘What happened here?’ They’ve done too much plastic surgery. You’ll never see me doing that. Look at my neck. The minute I do something to it, the rest of my face looks strange. I can’t do that. I’m an actor. Look at someone like Dame Judi Dench, who has not done anything to her face. And Vanessa Redgrave can look 200 years old at times, but if you’re an actor, your face is part of your business and I don’t want to touch it with plastic surgery.

Why are you so anti-plastic surgery?

This is the way I was raised. My mother would say, “It’s what inside you that’s important.” I’ve got a lot of strong character built up inside me, but now I go to Hollywood and I see that my mother was totally wrong. Nobody cares what’s inside you there. They just care about what you look like on the outside.

What do you think of young Hollywood, Marion?

The Britney Spears situation is so bizarre and it gets so much attention. I think it’s probably out of proportion to what is really going on there. There’s got to be a pretty bad influence on these girls because when I was growing up, my models were always wholesome actresses like Ingrid Bergman. Now the model for young Hollywood is about dressing like a little whore. It’s tough. It’s sad. Don’t these people think about the future? Don’t they plan out a whole life? Even at my age, I’m planning my life. I try to keep healthy and take a lot of vitamins. And I don’t smoke because it’s bad for the skin.

Do you think these girls are a bad influence on young people?

Yes, I do. I hope someone like me from Minnesota comes through with a wholesome image for youngsters to look up to. That’s what we need.

You’re the famous mum from Happy Days, but are you domesticated at home?

Can I cook? No. I’m not domestic at all. I was only a cook on the set of Happy Days for the cameras.

Yes, I can do that. What was the last thing I microwaved? I only really heat things up in the microwave. My husband is a wonderful cook. He cooks a mean Lebanese meal, which is lovely. In the morning, he will ask, “What do you want for dinner?” Isn’t that something? I love it.

I’m great at creating an ambience at home. I’m a perfectionist who is always tweaking and fixing and making everything look adorable all the time. It’s all an illusion of a happy home, whether or not everybody is getting along inside is another matter though.

What makes you laugh?

Well, we do like to see people hurt, don’t we? It’s awfully funny to see anything really bad taste, too. Farts are awfully funny – and the fart scene in Superhero Movie made me crack up. They said to me, “Marilyn, please don’t move.” But I was shaking with laughter at the director doing these fart noises on the set in such an array of tones. He has a huge vocabulary of farts with every texture in the world. I found it extremely funny.

So does this kind of movie make you laugh?

I think this movie will do very well because it’s filled with poor taste, which is what 10-year-olds like. We’re not obscene in any way and we’re not perverse in it. I’ve read scripts and turned many things down saying, “This is wrong – it’s pornographic. I don’t want to be in it.” But this is not like that. It’s full of smarmy little jokes that we all love to laugh at – and sexy little jokes, too. [Happy Days creator] Garry Marshall used to say on Happy Days: “Smut? We love smut. Everybody loves smut. We’ve got to have some smut.”

How much has humour changed over the years?

I don’t know if it’s the sense of humour or the ethics that have changed. When we were on the set of Happy Days, they were standards and practices. Every script had to be looked over for good taste and there were certain things you couldn’t do – but now that’s all gone. You can do whatever you want to, which is very liberating I guess, but the quality is so different. I don’t think the public really likes that.

What kind of things weren’t you allowed to do back then?

There were certain words you weren’t allowed to say on air, like ‘pregnant’. You certainly couldn’t see a pregnant person either. There was such an array of things you had to watch out for.

Early on, they would not let two people be seen in a bed together. They had to be in single beds or if there was a double bed, one foot of the actor had to be on the floor. Lots of it was very silly. Someone would pick over the script and say, “You can’t say that.” It’s much better that we have freedom today. But freedom is messy. It’s exciting but messy.