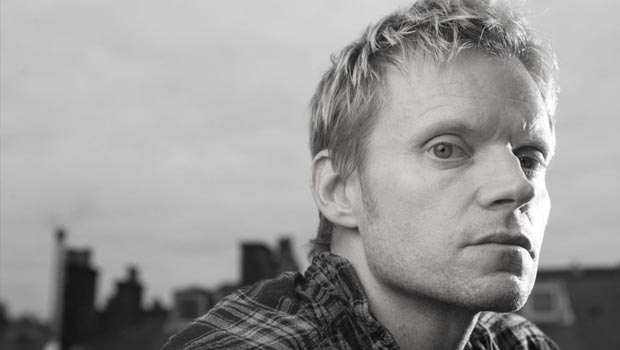 That cocksure grin and sneering lip curl have ensured that Marc Warren has been cast in some pretty noxious parts. A gang-rapist in Men Only, a scheming informer in State of Play and a violent skinhead in Boston Kickout, his current role in BBC drama Hustle, as cheeky Cockney conman Danny Blue must be a welcome change. “They’re often the most interesting parts,” the Northampton-born actor maintains, “but I do play a lot of nutters. I get bored of them a bit, so I tried to make him more likeable. I enjoyed it. I always thought acting was one big confidence trick anyway.”

A 60s cinephile, Hustle teamed Warren with The Man From Uncle, Robert Vaughn.

“It’s not often you get to work with a legend,” he enthuses. “Charles Bronson died while we were filming so he became the last of the Magnificent Seven. I’m a great fan of that era, so I asked him all about Steve McQueen. He was happy to sit chatting about all these people he knew, absolutely fascinating, but very unassuming and modest, the ultimate professional.”

For all the capering fun of Hustle, two films released this month will confirm Warren’s screen persona as cinematic bad lad. Directed by Aisling Walsh and also starring Aidan Quinn and Iain Glen, Song For a Raggy Boy takes place at the outbreak of WW2 in an Irish reform school where boys live in terror of their Christian Brother teachers.
“Ailsing has done a wonderful job there,” he says. “Again, I’m pretty horrid in it, but I do have some redeeming qualities.”

While he seems to have taken Raggy Boy in his stride, Penny Woolcock’s The Principles of Lust knocked him sideways. He initially turned the script down “because it was too similar to my life” – quite a confession in the circumstances. A hardcore hedonist, Billy is responsible for dragging writer manqué Paul (Alec Newman) through a seedy mire of drugs, bare-knuckle boxing kids and sleazy self-gratification. One sex scene in particular has this candid interviewee uncharacteristically coy when talking about his performance.

“Yeah, well, y’know. You saw it. It was always in the script that we turned up to a swingers club. I can’t really remember a lot about it, but we mixed with a lot of people who really were from the club and just shot it. Certain things you can’t fake, can you?”

Christ. So can he empathise with Billy’s outlook on life?
“Without wishing to sound too wanky, that was exactly what my life had been like when we were filming – it was an experience more than a job and it kind of drove us all mad. Watching it, I felt yeah, God, that was great, but this is not something I really want to carry on doing or go back to.”