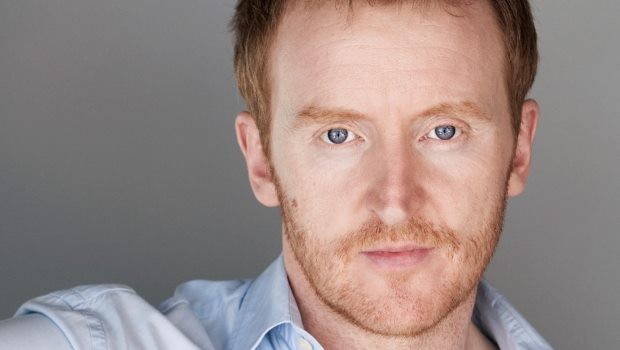 Making it in Hollywood

Tony Curran is returning to Glasgow for the UK premiere of Red Road, the Cannes Jury Prize winning feature debut from Oscar-winning short director Andrea Arnold, in which he stars alongside Compston and Kate Dickie. He uses this interview to enquire about the state of his en-suite bathroom.

“Aye, that’ll be right,” snorts Compston derisively of his domestic duties while housesitting for Curran in Los Angeles. “He’s got a lovely place though.”

The 21-year-old from Greenock, who made a Scottish Bafta-winning introduction to acting in Ken Loach’s Sweet Sixteen, has just moved Stateside “for the foreseeable future”. He follows Curran, who made the trip in 2003 with the release of The League of Extraordinary Gentlemen. The 37-year-old Glaswegian had previously had minor parts in blockbusters like Gladiator and Pearl Harbour, but his star has risen steadily since settling in the US, following Michael Mann’s Miami Vice this summer with a forthcoming appearance alongside George Clooney and Cate Blanchett in Steven Soderbergh’s The Good German.

Both Celtic fans, Curran and Compston became firm friends on the Red Road set. In the film, Curran plays Clyde, a former prisoner and father figure to Compston’s tortured Stevie, the ex-cellmate who he shares a flat with.

Seeing Compston in his latest film also reminded him of his own early attempts to make it as an actor, after leaving school and heading to New York at 17. A Guide To Recognising Your Saints is set in Queens during the 1980s and stars Robert Downey Jr. Out now in the US, it features Compston as the Scottish friend of Downey Jr’s younger self and for Curran, watching his friend on screen brought back memories.

“It was ’89 when I went to Brooklyn,” he recalls. “The film is so similar to how it was back then and it was eerie watching this young Scottish guy hanging out with guys from New York like I did.”

Nowadays though, there’s a support network for Scottish actors crossing the Atlantic.

“I’ve been over twice before, but headed home straight away,” admits Compston. This time though, I’m still missing my pals, my family and my girlfriend but it’s easier because I know more Scots to be honest.

“I met Ashley Jensen at the Dressed To Kilt Show in LA last week. Speaking to her and Tony about their first experiences over here, it’s a horrible thing to say, but other people’s misery makes you feel much better because you know they’ve been through the same thing.”

Unlike Curran, who suffered appearances in turkeys like Pearl Harbour and the Flight of the Phoenix remake while trying to make his mark, Compston has been in next to nothing but acclaimed features. Sweet Sixteen won best screenplay at Cannes, while Saints claimed the Sundance Festival Jury Prize and Best Director awards.

“I think in the future it’s going to be something to say I was in Andrea Arnold’s first feature,” he reflects. “I truly appreciate how lucky I am, having worked with her and Ken Loach already.”

He and Curran share an actorly seriousness about their craft, but it’s underscored by a ready self-deprecation and fear of being perceived to take themselves too seriously. One scene in Red Road where Stevie threatens Dickie’s character Jackie, saw him psyching himself into a state that shocked the crew.

“Actors who can just switch from laughing and joking to going to rape someone in the split-second somebody shouts ‘action’, hats off to them,” he says. “But I just have to try to find a quiet corner and think about what’s going on in the character’s head. It was a hell of a dark scene and personally, not being that kind of guy, I struggled to get myself into the character’s frame of mind.”

Curran faced a rather different challenge and laughs as he recalls the various objects employed to simulate an intimate sex scene with Dickie.

“I was more embarrassed than the girls were,” he claims. “I believe there was a pear and a mango used at one point.”

Both are committed to making Scottish films, and not just because Red Road is the first in a trilogy using the same characters. Curran hopes to attract more theatre work in the UK but is happy living in LA.

“A lot of people back home talk about its big façade, but I’m sure that applies to a lot of places. I love London and I love Glasgow but the quality of life here is not to be sniffed at.”

Compston meanwhile, is working on his American accent.

“I’ve met some great dialect coaches but I find it boring as hell,” he admits. “I think the best way to learn is going to be to immerse myself in the culture. Do volunteer work, get into community theatre groups. Lose myself for a while.

“I would hate that to sound arrogant or pretentious. But I’ve always done things the way I thought best. It’s got me this far.”

A version of this article originally appeared in The Herald on October 24, 2006.