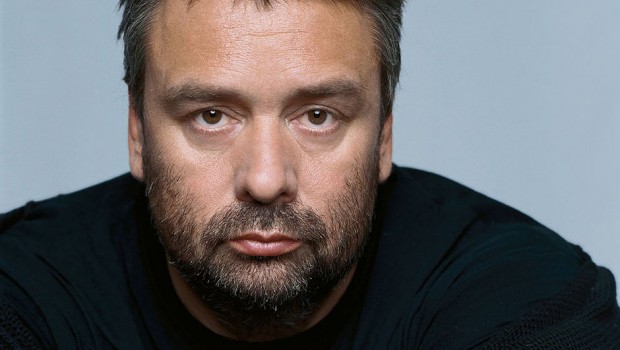 Luc Besson marked himself out as one of the most innovative directors of the 1980s with slick hits such as Subway, The Last Combat and The Big Blue, before going on to win critical and commercial success with Leon and The Fifth Element. As his latest venture, the children’s fantasy Arthur and the Invisibles, comes out on DVD, Matt McAllister spoke to him about his work.

What was it about Patrice and Céline Garcia’s initial concept for Arthur and the Invisibles that inspired you to turn it into both a novel and a movie?

It was mainly Patrice, who did the design. He came to see me one day with his drawings and I was fascinated. I said, “Oh my God! We can do everything with this! We can talk about differences, we can talk about racism…” There’s always this reaction and you know if it’s the right time to do something or not. And, a couple of months after the meeting, I just reacted to it.

Did you approach directing animation any differently than live action?

No, not really. But it’s not just an animated film. It starts as live action and suddenly the main actor shrinks and he’s two-metres high. And so I scratched my head and said, “How am I going to film that?” It was the same with The Fifth Element, where this girl is diving in the middle of flying cars. How could I do that? For me, animation is just a tool like a new camera or a sound system, that you can use to make it easier.

Twenty years ago there was Roger Rabbit or Pete’s Dragon, but today we can make it even more believable, because half of what you see is real. Sometimes you see flowers and rivers and they are real – mixed in with the 3D. And then you’re lost. It’s a very special film because it looks real.

Were you frustrated by how long it took to make the film? Five years between pre-production and the finished movie is a long time…

Yes, I was frustrated. After two and a half years we’d spent 25 million Euros and I’d not seen a single print! I was desperate, but I learned not to worry. When you see the animators every morning and they don’t look stressed or lost, you realise that they know what they’re doing.

It obviously didn’t put you off, as there are two more Arthur movies in the pipeline, aren’t there?

Which children’s movies influenced you?

Influenced? I don’t know. But, like most kids of my age, we were raised with the classic Disney films at Christmas. Things like The Jungle Book, Sword in the Stone and Alice in Wonderland are probably my references. The type of story I tell is very influenced by those films.

Why did you decide to make a children’s film at this point in your career? It might seem a strange choice to fans of your previous movies…

I always try to make different films. I started at 17 years of age, when you always want to point the finger at society, you want to scream. At that age you want some darkness to express yourself. But then you get older and you have kids of your own. Then things are different.

Now, I watch the news every night and I’m not very proud of adults who are destroying the planet and making wars everywhere. This is what we show to our kids. So at least I can use up a couple of years to make a great film for them, they deserve it. To give them a film that can talk about racism, talk about how to respect others and how to respect nature, how to be a hero.

Have you made a deliberate attempt to move away from the whole ‘Cinéma du look’ tag that was attached to you in the 80s?

No. I don’t think, I just do. I am an artist. I take a piece of wood, I take the brush and paint, and then I think later. It’s like the pressure that the football players have – the journalists, the press, the sponsors and everything. But then there’s this moment on the field, where they have 90 minutes to kick the ball in the goal, and they think about nothing else. They’re just doing their job, and I’m the same. You think about the story and that’s it. If you like it then I’m so happy, but if you don’t then I’m sad. I did my best, and that’s it.

Yeah, it’s true that I love extraordinary lives. Because an ordinary life – I have it already! I have to work and I have problems and taxes like everybody else. What I love about movies is sitting in the dark and being someone else for two hours, whether it’s Arthur, Joan of Arc, or Leon the killer. You can recognise yourself, more or less, in each of them. I don’t want to spend two hours talking about my neighbourhood or the kitchen being dirty.

There are rumours that you’re going to ‘retire’ from directing after the next two Arthur movies. Is that true?

Probably. I’m tired of directing. After 30 years and 10 films I’m just scared to do any more. But, at the same time, if I find a script that I love then I’ll do it. So it’s not like a former alcoholic going back to drinking – I’m just honest. I cannot assure you that you’re going to like my films, but I can assure that they’re honest. If I don’t feel that I can really bring something new and fresh any more, then I don’t want to do it. It doesn’t make me sad at all. It’s all just a question of honesty.