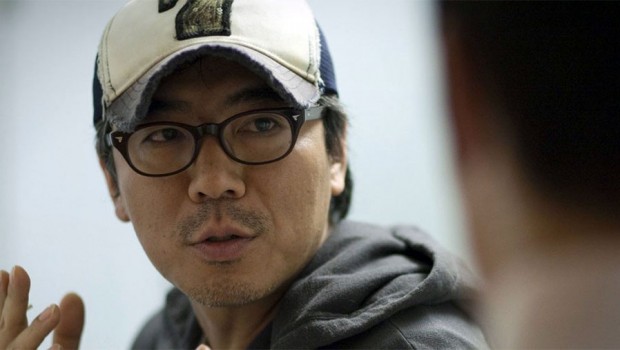 Along with Park Chan-Wook and Kim Ki-Duk, Kim Jee-Woon is one of the leading lights of New Korean Cinema. Moving effortlessly between genres, from the acclaimed horror A Tale of Two Sisters to the madcap Western comedy The Good, the Bad and the Weird, his work has dazzled audiences at home and abroad for the last decade. His latest award winning work, I Saw the Devil, sees a secret agent extract bloody vengeance on the man who murdered his fiancée. Thanks to the bleak subject matter and extreme violence it’s proven his most controversial film to date, but the film is as gripping and stylish as you’d expect from Kim. To mark the arrival of I Saw the Devil on DVD in the UK, the filmmaker chatted to Future Movies about the dark side of society…

You seem happy moving between genres – your CV includes a gangster film, ghost stories, a comedy western and now a revenge drama. What themes or elements would you say unite your films?

I would have said “irony” until recently. The irony of life and how it goes in the opposite direction to what you want: that was what I thought I was portraying.

But I thought this theme might start to feel old, so I have instead been thinking about life being much ado about nothing. If you look at I Saw the Devil carefully, it seems to deal with a great fuss about nothing, which happens suddenly as life gets difficult. As well as life’s consequent despondency, I think that great fuss about nothing also has meaning by producing psychological growth as it uncovers a layer of life. The characters in my film are destroyed physically but I think they have matured psychologically somewhere. It does share one common point with my other films, though, in the loneliness of the characters.

Where did the idea for I Saw the Devil come from and what were the main influences on it?

I Saw the Devil is the only work that was not my original scenario. I did not do the initial design. However, through the process of adaptation it was newly designed. I collected data from the newspapers and media on small and big murderers and also interviewed at length the detective who arrested a serial killer who had caused unrest in Korean society.

Using the data and interview material as the foundation, I could create the space that Jang Kyung-Chul lived in, his appearance, character and environment. The devils in real life were more cruel, violent and psychotic than in the cinema.

The action sequence in the car, which seems to be done in one take, looks as if it was a tricky shot to accomplish. How was that done?

The outside and inside scenes of the taxi where shot in separate locations. In the post-production, they were mixed through a process of detailed work. The taxi ceiling and window were cut, put in the studio and the actors placed inside the taxi. The actors were not physically allowed to stand up beyond the taxi ceiling level as we put up an acrylic board at the level of the taxi ceiling. The scenery outside the window was added from the material that was shot, and the window frames were drawn by CG. The camera moved towards and away from the characters to track in and track out, and at the same time the taxi was rotated.

There were not many prepared costumes and because there was so much dripping blood, it took a long time to prepare the re-take. From the beginning to the end of the take, in that small space, the actors had to portray the bitter action, so everyone was exhausted after one take. It was definitely not an easy scene. Everything had to be perfectly synchronized in order to produce that enormous power.

Violence is the main movement of this film. I think the film tells strongly how much we are exposed to a violent life. Reality is more cruel and violent than film. The dark side of society is simply transferred onto film; film is just reality’s creative shadow.

I wanted to portray both violence without reason and violence with reason. In order to return the pain and fear of violence received from the devil, the man becomes the devil himself and uses extreme violence: I wanted to show his painful dilemma and irony.

The response was more intense than I expected – especially in Korea, where it received a restricted rating suitable only for adults older than 18, twice, which had never happened before. I don’t think that was just because of the strong or extreme explicitness of the violence. Rather, I think it was because it portrays violence with realistic emotion, and uncovers the inner dark side of humans which suppresses violent fantasies of revenge and considers it taboo.

I want to talk of this film purely from a social perspective. I did not intend for this to be a moral story with false reconciliation, but wanted to ask such questions as: why do humans fall into dark passion and desires? How does that devil manufacture fear? To what extent can personal revenge be ethical? Through the process of taking revenge on the devil, one man could not help but become the devil. I wanted to portray his sad and heartbreaking revenge story in a cinematically powerful and intense manner.

What can you tell us about your next movie? Will we see another change of direction?

There are a few films that I have been offered. There are two English language films: one is an action film about sheriffs guarding a small town. The other is a Hollywood remake of a French film noir. However, there has been no official contract and nothing has been confirmed.

I Saw the Devil is out now on Region 2 DVD & Blu-ray (Optimum). The film has won Best Foreign Language film from the Austin Film Critics Association and Award at the Gerardmer Film Festival.