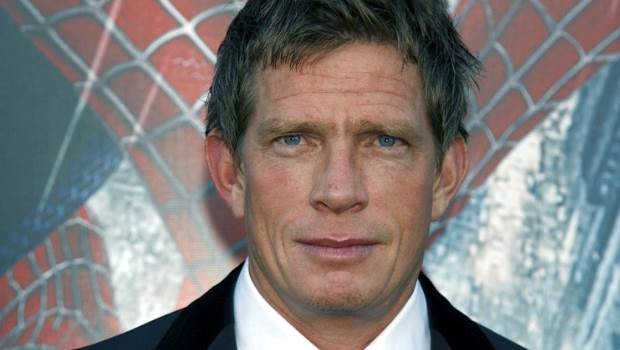 When Thomas Haden Church gained an Academy Award nomination for his lead role in the cult film Sideways, the Texan-born actor snapped up the role of shape-shifting baddie Sandman in the third Spider-Man movie as a follow up. ‘It was the first offer to come after the critical acclaim that was enormously appealing to me,’ Thomas explains. ‘At that time there was no script but a fairly good story idea cobbled together. All they had to show me were storyboard sequences that director Sam Raimi came up with – but I signed on straight away.’

While Thomas’ lycra-clad co-star Tobey Maguire was an old hand at the challenging filming techniques, it was an all-new experience for Thomas. ‘Physically, I started training for the role about two years ago and I did about 97 per cent of my stunts, which for a guy in his forties is a pretty high percentage,’ he admits. ‘I’m an older guy and I got injured in a variety of ways during filming but thankfully it was nothing lasting and nothing that was disabling while we were shooting. There was one sequence where I had to do something that was considered terrifically dangerous involving a lot of machinery and various cameras. The director only wanted me to do it once. I think that had something to do with insurance, but I convinced him to let me do it again – and it was extreme.’ Thomas pauses before continuing with a smile. ‘But you know what? The CG is so amazing now – Tobey and I aren’t even in some of the fighting scenes. It’s just my hair and his hair fighting – the rest is all CG! That’s how it all works in the big time.’

So were there any other accidents on the set? ‘I grew a third testicle,’ grins the joker. ‘I don’t know why, but it happened.’ Erm, sure, Thomas…

And what super power would you most like to have? ‘I would magically make all critics disappear,’ comes his reply with a smile. ‘No, I’d like my sand powers. Without ever having to touch the cat box, I would remove all cat faeces. It would be magically fresh-clean sand all the time.’ Nice.