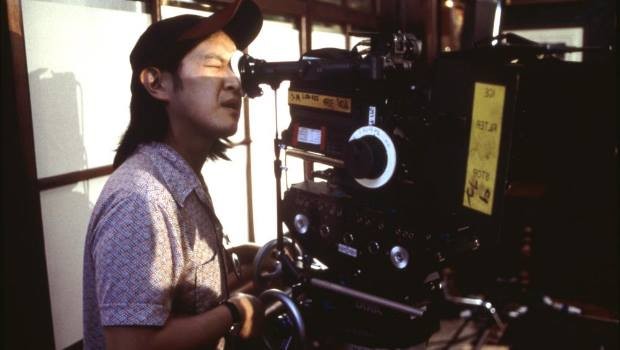 Lab Ky Mo’s first feature film about two Belfast lads hustling for money around London’s gay scene has attracted both laughter and outrage. Here he talks to Future Movies about offending the critics

Where did the idea for this film come from? Was it based on your personal experience?

No, not me personally, but I do have a gay friend to whom many of these things actually happened. His stories were always really interesting and I thought if I could string them all together into a weird and wacky plot then I might have an interesting premise for a film.

And what does he think about that?

He loves it. He brought all his mates to the screening, which was interesting because one of his friends is a dwarf, as there is in the film. When my girlfriend came to see it she recognised all his mates as the characters.

All I’m allowed to say is that we started with a miniscule budget but we got a larger one on completion. We started with something small, then it grew and grew, and we got all our money after the first cut. I owed a lot of money after the shoot, but we had enough to put the film together and we eventually met Little Wing, who financed the completion of the film and paid for all the costs to date. The final budget for the film, most of which was used at the latter end, was actually quite respectable.

It sounds like something of a guerrilla shoot. How long did it take you?

The reaction to the film seems to have polarised opinion between both audiences and critics.

I never set out to offend anyone, merely to indulge my own sense of humour which is based upon South Park and Viz comics. It’s that sort of politically-incorrect humour I wanted to tap into, so I guess I did know it was a contentious film. But I am really quite surprised that I’ve been critically panned by practically everyone. I mean, I’ve been doing a lot of film festivals – the film has won a best film award [Dublin Lesbian and Gay Film Festival], it’s won an audience award [Montreal Film Festival] and it always sells out at these festivals and people who see it, love the film. Which is a really different reaction to the sober, politically aggressive reviews that we’re getting from the national press and middle-aged critics.

It seems to play well at gay festivals.

The gay community have adopted it and they love it, but it was never meant for them, it was made for the South Park audience. I still believe it will find that audience. Another interesting thing is that the few times it’s been played to young, straight women, they totally love the film because they like all the suggestive willy humour. They’re able to laugh with the film. Obviously, we’re catering to the gay audience but we haven’t yet tapped into the cult, young, sophisticated and politically aware audience that I hope the film will now find.

Weren’t you concerned about the reports of people walking out of the film at Cannes?

It was totally blown out of proportion and I’m not worried because I’ve been dining out on that story ever since. It made us quite famous and it’s hardly a negative thing to have that sort of publicity. I’m perversely quite proud of it and anyone who mentions it thinks it’s quite cool. But that particular story was written by an American lady who wasn’t at the screening, her friend was. It was a popular screening of about 300 people and about 20 people walked out, which is pretty average for a market screening at Cannes. So it wasn’t like an outrage. But we had so much press about it that it’s worked to our advantage.

You’ve kept the sexuality of the two leads ambiguous.

To be quite honest, I think their relationship is underdeveloped. I didn’t potter around with that in the script too much.

How did you get people like Stephen Berkoff, Carol Decker and Fish from Marillion to appear in the film?

We just went through the normal process of sending the script out to 100 venerable actors, 99% of whom rejected it. Then one day, the phone rings and it’s Stephen Berkoff. He just loved the part and we were lucky to have him. Fish and Carol Decker, who incidentally have huge cult followings, they were just friends of friends. And Michael Praed was an inspired choice by our casting director. Prior to that we had Julian Clary confirmed to play the part of the Queen, but we ran into contractual problems so we went with Michael Praed. I’m quite happy with him because he’s an actor, whereas Julian Clary is Julian Clary.

Does this film signify a change in direction in your work?

Nine Dead Gay Guys was my fourth screenplay, but prior to that I had written feature screenplays that were very personal. I’m Chinese, but I was born in Ireland. The first was about a Chinese Irishman – how autobiographical is that? The first three were all like that, but I couldn’t get them made. They had a lot of integrity and were very self-righteous but no-one was interested. So then I thought: to hell with the autobiographical material, I’ll just write something that’s a little bit more commercial or publicity aware. I’ve been proved correct in going down that route because it has generated a lot of publicity and got a release.

Do you plan to return to those screenplays?

After Nine Dead Gay Guys I had a real problem about what was going to be my next project. Would I make another cartoonish commercial vehicle, or would I revert back to autobiographical stuff. I’ve sort of found a new direction – my next film’s set in Thailand and it’s about identity. But it’s still very commercialised, still very fun, though it’s got a lot more of a story and emotional development than Nine Dead Gay Guys. As a filmmaker I just want to make what I want to make at a certain time, making different movies next year to what I was making before. Just because my agent hates it and the critics pan it, doesn’t mean I shouldn’t have made Nine Dead Gay Guys. I’m standing by my film now. I feel I’ve made an interesting movie and I’m glad I did. I won’t make another like it.

What kind of ideas are you looking at for the future?

I just want to keep making Lab Ky Mo films but within a commercial structure – i.e., films that will get seen by the public and will get proper distribution and backing, but also retain the things I’m interested in. I’ve been offered lots of projects that are so far removed from what stimulates me they’re almost not worth doing. Largely due to my degree in fine art I’ve always been in control of my own material and carried them out, so it’s hard for me to do other people’s material. I want to make my own Paris, Texas – a semi-arthouse movie that can still survive commercially.