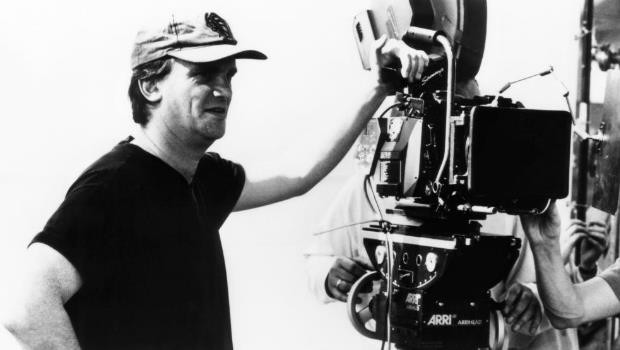 Mindful of the tabloid furore surrounding Dolly the Sheep, some members of the European Society of Human Reproduction and Embryology requested that the press be excluded when they met in Berlin last week to discuss the future of reproductive science.

Unfortunately for them, they’re all too newsworthy. On 21 June the UK’s Medical Research Council announced that government funding of £1.5 million would go towards developing stem cell treatments for diabetes and diseases of the brain.

Authorised now in Britain, research remains legally problematic in the US, with President Bush strictly limiting studies despite massive pressure to reconsider – from Nancy Reagan, whose husband, former president Ronald Reagan died from Alzheimer’s disease complications, and 58 of the 100 US senators, who signed a letter calling for a change in policy the day before Reagan’s death.

“Life is a creation of God, not a commodity to be exploited by man,” the President has said, which could almost be a bad tagline for Godsend, the new psychological horror by British director Nick Hamm. It stars Robert De Niro as a Mephistophelean fertility expert who clones an exact replica of Greg Kinnear and Rebecca Romijn-Stamos’s son Adam when the original dies in a car crash. Except Adam II isn’t all that he at first seems.

Promoting the film in America, Hamm was overwhelmed by the level of passion the subject incited.

“It was much more intense than I imagined,” the Belfast-born director says. “I respect people’s political and religious views, but tabloid headlines like “I want to clone my cat with my hamster!” limit the proper debate that stem cell research could offer huge medical benefits. “I was accused by some in the American press of making an anti-cloning movie, falling into this right-wing camp of anti-stem cell, anti-cloning, anti-abortion, which I thought was ridiculous. The movie is not anti-cloning, it’s not pro-cloning. It just uses science as entertainment.”

So confident was he about cloning’s inherent potential to send shivers through our DNA, that he almost entirely eschewed special effects. “The thriller element isn’t gothic, it’s not about ghosts or guys in masks with knives. It’s about a family and the horrors that take place within it. What’s fascinating about a film such as Rosemary’s Baby, for example, is that it’s a domestic situation. Ninety per cent of it takes place in the same apartment building. To me, the psychological terror of that is really interesting.”

But in some people’s minds, Godsend is too close to reality. Two websites were set up to market the film, one conventional with movie information and one for the (fictional) cloning institute featured in the narrative (godsendinstitute.org). The website gave an e-mail address and phone number (1-888-699-2672), which played a recorded message giving the institute’s office hours. Several news outlets reported bereaved parents contacting the fake institute to inquire about genetically reconstituting their children.

“The site just took off,” recalls Hamm. “People started doing anti-sites, it got on the News and some families got upset because Uncle Ned died last year and they wanted him back. There was an argument about exploiting people’s emotional state for the sake of marketing a film, but I have to say, I thought it was a great idea. If you believe as an individual that human cloning is possible then you have buried your head in the sand about the nature of scientific advancement over the last 20 years and it’s not my job to wake you up. It’s not exploiting your emotional state, it’s exploiting your intellectual paucity.”

Nevertheless, he knew he was tapping into something. During filming in the winter of 2002, news broke that Dr Panos Zavos, an IVF expert from Kentucky, was claiming to have transferred the first cloned embryo into a woman, fusing her egg with the skin cell of a man. This was followed almost immediately by claims of multiple baby cloning by the alien-worshipping Raelian cult.

“Well, they’re just nutters, absolute nutters. It didn’t impinge on the film-making at all, just made us very conscious that this was a zeitgeist subject, of the moment. But I remember going to a lecture in America where a leading geneticist said he fully expects some of the leading scientists in North America to be made criminals over the next four or five years as a result of their work.”

Indeed, some stem cell experts have already left the US for this country and in the film Hamm exploits this sense of criminality to present De Niro’s character, Dr Richard Wells, as a dangerous maverick, engaging Paul and Jessie Duncan in a Faustian pact. They must sever all ties with their former lives and move to a secluded community where no-one knows Adam, hauntingly played by 11-year-old Cameron Bright. Coincidentally, he next appears with Nicole Kidman in Jonathan Glazer’s Birth, about a woman convinced that a ten-year-old boy is the reincarnation of her dead husband.

Meanwhile, Hamm, resident director of the Royal Shakespeare Company from 1983 to 1988, is looking to return to his theatrical roots with an adaptation of Chekhov’s Three Sisters, courting controversy once again with its examination of pre-war British fascism and anti-Semitism. But for now he’s happy to play to the public’s ambivalence about cloning; although his shooting of “six or seven” different endings for Godsend – based on test audience reactions – suggests he himself is unsure about the ultimate consequences of the practice.

“The idea that somehow religion or morality should dictate what scientists can and cannot investigate is appalling to me. You can’t clone a human being. It’s scientifically impossible right now. But that doesn’t mean to say it hasn’t been done outside the bounds of legality. I reckon it’s happening in ways you and I don’t even know about and God knows what the results have been. The science has probably been very unstable, with catastrophic results, but the last thing science does is advertise its failures.”

A version of this article originally appeared in The Scotsman, July 3.