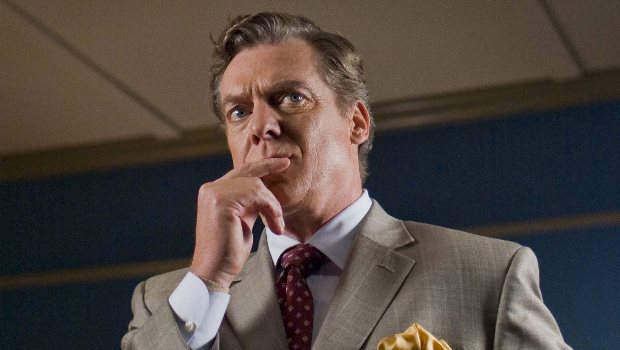 Rumours about the upcoming Fanboys movie are rife, but with one of the cast members – Christopher McDonald – about to appear on the big screen in Superhero Movie, we can finally uncover some of the truths about the ultimate Star Wars tribute. Fanboys has already been given a stamp of approval by George Lucas, who has allowed the filmmakers to use the official sound effects from the original films. So keep your ears to the ground for a soon-to-be-announced cinematic release date as we sit down for a chat with actor Christopher McDonald…

For people who haven’t heard about it, can you tell us a bit about Fanboys?
Fanboys is based on a young man’s love for the Star Wars movies. It was filmed almost two years ago now, but they’re trying to find a way to make it even better, so they’re putting a lot of money into rewrites by Seth Rogan. Stephen Brill has also been hired to do some directing on it, so I’m hoping it will finally be released this year. They’re going to try and make one more pass at it, to lift it up and make it that much better because it’s a very funny story.

What happens in it?
It’s about a road trip these kids take to try and get their buddy to see The Phantom Menace on the eve of its release, so they break into the Skywalker Ranch where it all goes on – where all that magic happens in their world.

Who do you play?
I play the father of one of the lead boys. My character wants him to stay home and take on the used car business. I’m very, very tanned with gold chains and a lot of jewellery – that kind of guy. And then in a dream sequence I get to play Darth Vader with a light saber and everything. The rest of the cast got to go to the actual Skywalker Ranch to film, but my stuff was shot in Mexico unfortunately.

Can you tell us any secrets about the production that hasn’t been released yet?
Well, Carrie Fisher’s in it. They’ve got everybody from the main Star Wars films to appear apart from Harrison Ford.

Is it true they’re cutting out the cancer plotline in the film?
That’s what they’re toying with right now – whether to cut it out or not. Should we let that boy realise his dream because he’s got this terminal disease or should we keep it fun and light and get him to realise his dream just because he’s a fanboy? That’s what they’re playing with right now.

Which version do you prefer?
I haven’t read the new version because I haven’t had to reshoot any of my scenes. But the version I read had the cancer in it and I thought it was a great script. Cancer is prevalent everywhere in our lives now, so I thought it was a really good impetus for him to go. I hope that stays, but the filmmakers know better because they’re cutting it and screening it for test audiences. They don’t want it to be too dark because it’s a very funny movie.

And who do you play in Superhero Movie?
I play the supervillain in Superhero Movie. And what’s great about being a supervillain is that you can do all things evil and get away with it because not until the end do I get killed. Hey, I gave it away there… But it’s a wonderful character and I get to wear an amazing uniform with a big cape and big muscles. Even though it took the help of four people and an hour and a half to put on, I had a blast in it. I felt very sexy in it.

Why do you think there are so many superhero movies?
Because we love superheroes. For me, the tradition of superheroes started with Superman because we all want to look up to something that will save the day – especially when it can be so bleak out there in the real world. When you have someone who has superhero powers and superhero strength, we feel more protected. And who else would protect us in this world against supervillains if it wasn’t for superheroes? We know there are a lot of supervillains out there, costumed or not, they’re there.

Which superhero movie do you want to see the most this year?
The Hulk is going to be great because it’s a different take on the big green man. I’ll definitely see that. The Dark Knight is a home run, though. Look at the team involved in that. It’s too good. Christian Bale is great. There’s our dearly-departed Heath Ledger. Superhero movies are so great – and to be able to spoof them is another gift because it’s all flattery. If it wasn’t a hit, no-one would laugh because we love these movies and we love these heroes. You have to tear them down a bit, which is very English, isn’t it?

Do you think the fanboys and cult fans will enjoy Superhero Movie?
I think they will love it because they will get it more than most. After all, they know and worship these wonderful characters. These are the kind of people who will have an Hourglass costume in their closet in a year. They’re going to be running around as the Dragonfly at Halloween. At various screenings, I’ve heard people getting the humour and I definitely knew some of them were fanboys. This has it all. It spoofs right and left, so to answer your question, I think it really will attract fanboys because they will understand the humour the most. I think our creative team are all fanboys. They all love the genre of the superhero movie.

Have you been to any conventions like Comic-Con?
No, but I can’t wait to be invited as Hourglass. I can’t wait to put that costume back on. I even wore it home to my wife at one point. I loved it that much. Bring it on…