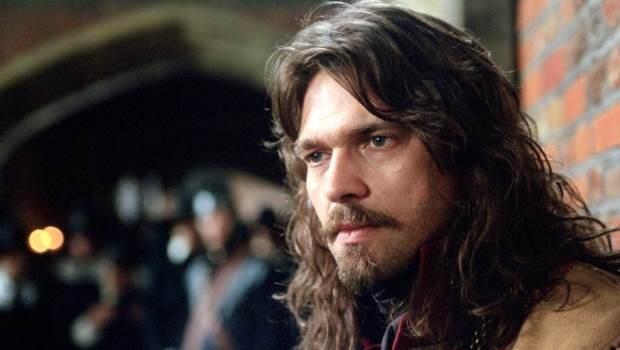 Having produced To Kill A King, in which the beheading of Charles the I and the nation’s plunge into civil war paled before the financial upheavals of simply filming them, Dougray Scott could be forgiven for staying in front of the camera. The Fife-born actor, who played the general of the new model army, Sir Thomas Fairfax alongside Tim Roth’s Oliver Cromwell and Rupert Everett’s Charles I, won’t be drawn on the £70,000 it reputedly cost him to personally settle crew wages and remove sets from Hampton Court Palace on a production that twice went bankrupt. But he admits his sophomore producing stint for Scottish writer and director Stewart Svaasand’s new film, One Last Chance, has been markedly less stressful. Taking a thoughtful drag on his cigarette, the Mission Impossible II star admits, “well, it’s a different scale, nowhere near as hairy. One Last Chance took quite a while, but it was Anne Batz, my partner in Hero Films [Scott’s production company] who did most of the work on it. But I was certainly involved in raising the finance, chivvying people along and being passionate about it.”

Featuring young Scottish actors Kevin McKidd, Wilbur Wants To Kill Himself’s Jamie Sives and Small Faces’ cheeky Lex, Iain Robertson, kicking against the seasoned pricks of the curling club and criminal fraternity in a stifling Highland town, Scott pops up in a minor role as wheeler dealer Frankie the Fence, appropriate for a man who understands the ducking and diving of getting films made.

“Independent filmmaking is very difficult in any era, but thankfully there seems to be a lot of talented filmmakers coming through in Scotland, Stewart Svaasand being one of them. Being Scottish, I always want to do Scottish productions and I get passionate about them. I’m very proud of this one.”