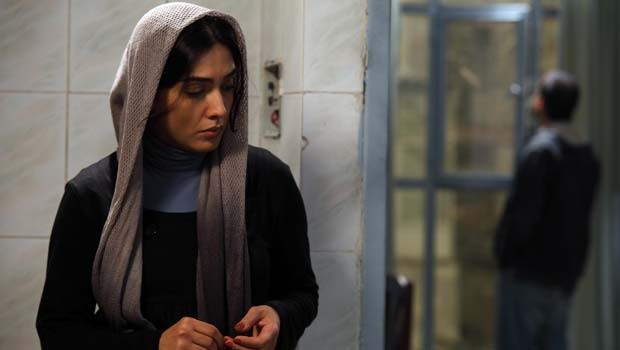 Given its current veneration as the art-house movie-goer’s cinema of choice, it’s hardly surprising that the words “Iranian” and “cinema” typically provoke drastically conflicting reactions amongst film fans. “Ah, yes” one might say romantically (usually with a thick French accent), “Abbas Kiarostami’s interrogation of reality in Through the Olive Trees represents a reinterpretation of the principles of cinema of Godardian proportions!” Alternatively, and to paraphrase an Iranian filmmaker I spoke to recently: “Jesus! Not another bloody film where an annoying, whiny 5-year old kid loses his/her f**king ______ (please fill in the blank; options include goldfish, shoe or balloon) and has to spend the next 2 hours trying to find it!”

With blind enthusiasm and misinformed cynicism representing two opposing ends of the same spectrum therefore, it isn’t my intention in this article (my first for this website) to provide you with a watered-down history of Iranian cinema – you can find plenty of these on the web already – as a means of introduction to this most topical of topics. Rather, it is to examine briefly the presumptions that surround the term ‘Iranian Cinema’, and the films that it encompasses (and excludes).

Ask any self-respecting film buff to expound upon their knowledge of Iranian cinema, and eventually the names Abbas Kiarostami and Mohsen Makhmalbaf will inevitably crop up. This is perfectly understandable; they have both, after all, been at the forefront of the huge international success story that is Iranian Cinema for over 20 years. Indeed, it was Kiarostami’s film Where’s the Friend’s House? and Makhmalbaf’s The Peddler, both made in 1987 – and perhaps more significantly than either of these films, Amir Naderi’s The Runner, made in 1985 – which sparked off the ensuing worldwide interest in Iranian cinema. Since then, both Kiarostami and Makhmalbaf (more on Naderi later) have been steadily expanding their respective oeuvres, producing a body of films that ensure their continued synonymity with the term ‘Iranian Cinema’, among them Close-Up, Taste of Cherry, The Wind Will Carry Us (Kiarostami), and Once Upon A Time, Cinema, Gabbeh, A Moment of Innocence (Makhmalbaf). There is however, nothing particularly ‘Iranian’ about this phenomenon. Just as a mere handful of directors, such as Wim Wenders, Werner Herzog, and Rainer Werner Fassbinder, came to be almost entirely representative of the New German Cinema movement, and directors such as Jean-Luc Godard and Francois Truffaut became synonymous with the term New French Wave, so too post-revolutionary Iranian Cinema has come to be characterized by the works of a few internationally successful and acclaimed auteurs. And although this exclusive canon of directors has been widened ever so slightly in recent years to incorporate the likes of Dariush Mehrjui, Majid Majidi, Jafar Panahi, and Samira Makhmalbaf, only the most avid World Cinema enthusiast would most likely be savvy to them. I should note that ‘savvy’ has only recently become a fully functioning word in my vocabulary after watching Pirates of the Caribbean (Jack Sparrow = cool). And on a side note, what the bloody hell does ‘World Cinema’ mean exactly?

This problem is compounded by the frustrating tendency amongst even the most discerning film aficionados, and within the academic discipline of Film Studies itself, to view the historical development of the cinema of any given country with a huge pair of blinkers. Can you name an Iranian film made prior to the revolution in 1978/79? Non? Think so I did not. And if you can, then you’re either an Iranian or an academic. Likewise, if you believe all of the recent literature published on Iranian cinema, you’d be forgiven for thinking that cinema in Iran begins in 1979, and that absolutely nothing existed before it. This, to put it politely, is charand (Farsi for ‘nonsense’). Iranian film dates all the way back to 1900, when Mirza Ebrahim Khan Akkas Bashi, the official photographer of the court of Mozaffar al-Din Shah, shot some documentary footage of the monarch’s trip to Belgium. Some of this footage can be seen in Makhmalbaf’s Once Upon A Time, Cinema. The very first Iranian movie, Abi and Rabi, directed by Ovanes Ohanian, was made in 1929. But as I said earlier, this article isn’t a history lesson, so to return to my argument (I think I had one)….

While the relative obscurity and unavailability of pre-revolutionary Iranian films therefore understandably precludes the attempts of even the most determined film-collector from compiling an adequate knowledge of the country’s cinema, this disproportionate focus on films made only during the past 25 years or so is narrow-minded, and ultimately damaging to the cinematic history of Iran as a whole. It is also politically motivated. It is easy for European audiences for instance, or more specifically critics, to seize upon these films, citing their unexpected (and oft-belaboured) simplicity and – God give me strength! – ‘humanism’ as a refreshing alternative to violent mainstream (read ‘Hollywood’) cinema, and to undermine the current demonization of Iran in mainstream media. To a certain extent this is important, especially at time when America is strategically positioning itself for war against Iran should it prove politically and economically opportune. But some (admittedly, most of them biased and disgustingly wealthy ex-Shah supporters living in ‘Tehrangeles’) would argue, justifiably, that this lends legitimacy to the corrupt and oppressive Islamic regime in Iran. Moreover, I would argue that not only does it give weight to the accusation that is continually levelled at contemporary Iranian cinema, that it constantly panders to Western Orientalist fantasies of Iran, but also that it alienates a significant proportion of the movie-going public all around the world, who perceive Iranian films to be constantly regurgitating the same themes over and over and over again. And who can blame them? After all, who wants to talk about the representation of masculinity in the ‘tough guy’ or luti genre of the 60s and 70s (big up to Behrouz Vossoughi incidentally, the great Iranian actor) when it’s much more topical and fashionable to discuss the ‘politics of the veil’? Who wants to analysis implicit criticism of the Shah’s regime in pre-revolutionary Iranian cinema, when it’s much more convenient to belabour platitudes about symbolic criticism of the current regime? And who can even be bothered thinking about the influence of other ‘national’ cinemas upon Iranian cinema when there’s some doe-eyed kid on the screen whining and pissing and moaning about losing their favourite toy or pet? (Case in point: in the Film Museum in Iran, I saw a movie poster for an Iranian ‘peplum’ (the term used in European cinema in the Seventies for a historical epic) of all things! Unfortunately the title presently escapes me.)

The fate of the great Iranian director Sohrab Shahid Saless illustrates my point. Saless made only two films in Iran; A Simple Incident (1973) and Still Life (1974), before falling out of favour with the Shah and going into exile in Germany while working on his never-to-be-completed third production, Quarantine. Despite this, Saless is very much the ‘father’ of contemporary Iranian film, these two films representing landmarks in the history of Iranian cinema. A Simple Incident was one the first feature films to use a child as its main protagonist, (minus the sickening and patronizing sentimentality that pervades so many contemporary Iranian child-narratives!). Another example would be Bahram Beizai’s short film The Journey (1972). Other directors like Kiarostami, Makhmalbaf and Naderi would soon follow suit, with mixed results. Still Life on the other hand, which tells the story of a lonely railway worker and his wife, and their expendability during a time of rapid industrialization in Iran, introduced the minimalistic dialogue, (at times excruciatingly) slow camera movement, and methodical directing style that would become the hallmark of almost every other internationally popular Iranian director. Saless’s influence upon today’s directors cannot be underestimated, and yet he is hardly ever mentioned in any official histories you may read about Iranian (or even German) cinema. (Saless went on to make a number of acclaimed and award-winning films in Germany). Because he doesn’t fit neatly into the way in which Iran wants to market its films internationally, or the way in which international audiences currently receive or consume the product that is ‘Iranian Cinema’, he is forgotten.

The second half of Saless’s career as it were, in Germany, also brings to light another important-yet-neglected fact; that many of the most interesting and exciting Iranian films are being made by directors who live outside Iran. Much fuss was made when Majidi’s The Colour of Paradise (one of those overbearingly sentimental kiddie-films I was referring to earlier) was nominated for an Academy Award for Best Foreign Film in 1999. But who was actually the first ever Iranian to win an Oscar? It was Reza Parsa, one of the leading directors of contemporary Swedish cinema, for his short film Never, starring the famous Iranian actress Susan Taslimi, who you may have seen in Beizai’s popular film Bashu, the Little Stranger. Taslimi herself has also just directed her first feature film, All Hell Let Loose, about the travails of an Iranian family living in Sweden. Houchang Allahyari is another prominent Iranian director currently working in Austria. And this isn’t even mentioning the multitude of Iranian filmmakers currently working in Canada and North America, where Naderi has recently completed his ‘Manhattan’ trilogy (comprised of Manhattan By Numbers, A,B,C…Manhattan and Marathon), which explores his apparent love-hate relationship with New York.

I’m aware the overall tone of this article has been one of jaded cynicism, but please don’t think that I’m not enthusiastic about those films which actually come from the country Iran itself. Despite my frustration with the way these films are marketed and received internationally, I love (most of) these films too. Kiarostami’s most recent film, Ten (which received an insanely long run at the ICA), was absolutely groundbreaking, not only in terms of the necessary progression it represented in Kiarostami’s own directing style, but also in its startling, non-clichéd portrayal of its female protagonist, and the milestone it represented in the ongoing technological evolution currently changing the face of cinema worldwide (it was filmed entirely using two digital cameras attached to the top of the dashboard of a car). Panahi’s latest film, the brilliant crime drama Crimson Gold (written by Kiarostami) is one of the most accurate and unflinching depictions of Tehran I’ve ever seen in any Iranian film.

I only suggest that maybe the next time when you’re flicking through the latest copy of Empire or your daily newspaper, and you come across a review of the latest Iranian movie to reach our shores, before you eagerly plough through the review or turn the page over in disgust, you should ask yourself the following question: just what is ‘Iranian Cinema’, and what exactly makes an Iranian film ‘Iranian’? The answer isn’t as clear-cut as you might think it is.