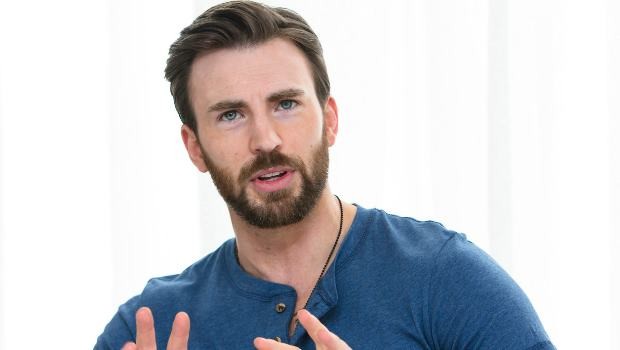 Actor Chris Evans talks about his role in the new sci-fi thriller, Push.

Who do you play in Push?

I play Nick Gant. He’s a mover, which is an easy way of saying he’s telekinetic. His father was a very powerful mover who was killed by The Division right in front of Nick’s eyes when he was only eight years old. He has no mother and no siblings, so he’s gone to Hong Kong to escape and hide. He’s turned his back on the world and given up to some degree. He doesn’t use his power a lot. At the beginning of the film he uses it for gambling purposes during a dice game – but that’s about it. Other than that, he tries to avoid his power because it probably brings up painful memories for him.

What kind of special effects work did you do on Push?

The director [Paul McGuigan] wanted to avoid doing special effects. Even though special effects look phenomenal these days, it looks better if it’s real. If a table flies across the room, they set up rigs and wires so that the table really did fly across the room. The set-up was a bitch because you shot it once and then it would take ages to set it up to shoot again – but it really pays off.

Where did you shoot the film?

We shot it in Hong Kong and the setting is a character in the film. It’s got so much style to it. The architecture and everything – including the smell, which is something you won’t experience in the movie theatre.

What does Hong Kong smell of?

It smells of dirty water. It’s so crammed and all of the buildings look as if they’re about to fall down. It lets you know what kind of world these guys are living in.

What do you get up to in the down time?

Nothing really. This wasn’t exactly a glamorous shoot in Hong Kong. There were no trailers or anything like that, but it was great. Usually everyone will go and hide in their trailer between takes, but we didn’t have any, so we were kind of forced to stay on set. You end up making a lot of relationships with people you probably wouldn’t be able to on another film.

Did you have to perform any stunts for this role?

I did a few. With something like Fantastic Four, you’re hanging from wires and there’s a lot of green screen, explosions and huge stunts. I have shot a lot of fireballs, but I’d never really done a fight scene, which is something I did in Push. It was hand-to-hand contact, so I was going home with a lot of bruises and cricks in my neck. It was really fun.

Were there any stunts you weren’t allowed to do?

There were a few stunts involving my character flying into a wall or a ceiling, which is something I wasn’t allowed to do. I think I might’ve said, “Can I try it?” But there was a gigantic unison, “No!”

What’s the biggest difference between this movie and your other famous sci-fi role, Fantastic Four?

Well, these are reluctant heroes. All the people in this movie are very human and their powers aren’t developed. You see the growth of their power throughout the film, but they’re being hunted for their power, so they’re trying to hide it. These aren’t iconic characters, like the Fantastic Four.

Which do you prefer?

I don’t know if I prefer either. The thing that I loved about Fantastic Four was the fact that you could go and research the character because there are all these comics out there tracing their history. These new characters are much more human. They don’t have special names – he’s not Wolverine or Cyclops, he’s Nick. The wardrobe is a lot more comfortable, too. No tights.

Who is Push aimed at?

Hopefully it’s aimed at everybody. Bring your mother! Bring your date! I guess there is a sci-fi element to the movie, so sci-fi fans are going to be drawn to it. People who enjoy fantastical plots and heightened reality. But if we’ve done our jobs as actors and scriptwriters, hopefully this is something that everyone can relate to.

Are you a fan of sci-fi?

I grew up on Star Wars, which is the ultimate sci-fi movie for me. I’m a big sci-fi guy, so I also love things like Lord Of The Rings. I’m not so into comic books, but at the end of the day, you don’t pick a movie based on a genre.

You’ve said that you don’t think there will be another Fantastic Four, but what about a return to the Teenage Mutant Ninja Turtles?

I would love to return to Casey Jones in TMNT. That was such a fun gig. That thing just fell into my lap. I remember when they asked. They said, “You don’t want to do this, do you?” And I said, “Hell yeah, dude. Are you kidding me?” I grew up on that stuff and I wouldn’t have wanted to be anyone else but Casey Jones. I would love it if they had another one because that was a good movie. It might be the best one I’ve made. Seriously, it’s unfortunate – but it’s true. I’d love to jump back on board with another.