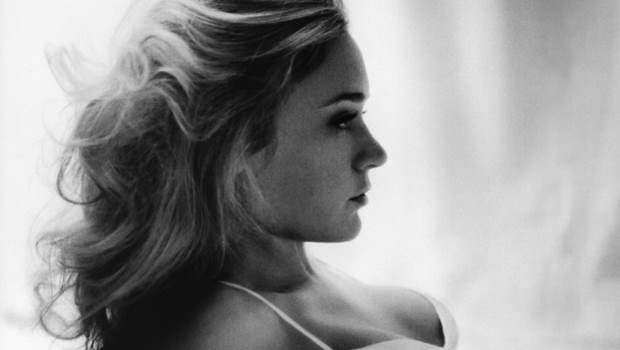 Chloë Sevigny is a screen queen of independent cinema, but we’re chatting to the actress today about her small screen success in the HBO drama, Big Love. The quirky, controversial show is based on the story of a polygamist family in the States – and with the DVD box set of Season One about to be released in the UK, Sevigny talks to FutureMovies’ Adam Tanswell about the project…

How much research did you do for the role when you first started work on Big Love?

HBO gave us a big package of newspaper articles and literature related to polygamy, which helped me understand the subject. There were a lot of articles from The Utah Times, which is where a lot of Mormons live. They also gave us a list of books to read and a lot of pro-polygamy literature, too. I did a lot of Amazon shopping back then. I also watched a lot of news programmes whenever they had interviews with polygamists.

What were your initial thoughts on polygamy?

If people want to live this lifestyle, then so be it. Who are we to judge? But I do think it’s very sad for the young children because they don’t get to see the news or anything like that. They don’t know who the president is, they don’t get to watch television and they have no access to the outside world. They have no choices, which is tragic.

What surprised you the most about your research into the subject matter?

Well, there’s a lot of lesbian action in those compounds because the women don’t get enough action from the men! They’re spreading themselves too thin. That was something I never knew about before I worked on the show.

So have the writers ever proposed for you and Jeanne Tripplehorn’s character get it on?

No. That’s never going to happen. That’s not in the contract.

Do you think polygamy is demeaning to women?

I think there’s a lot of abuse in the compounds, which is horrifying – but the situation we’re portraying on Big Love is very different. You hear about a lot of families in America that are attached to sects where adults decide to live this lifestyle, but we’re not part of that on the show.

Did the news of the Texas polygamy cult last year surprise you?

I’ve been doing a lot of research since before we shot the pilot, so I’ve immersed myself in this world. I was mostly surprised by how much the national press in the USA devoted to it – but maybe there’s not a lot else going on for them to cover. It didn’t seem like America would want to talk so much about stuff like this happening in their country, so I’m surprised it got all of that coverage. They always use a shot from Big Love whenever they talk about polygamy on the news, so I guess it has put us in the public eye a lot more, too.

You’re known as a bit of a fashionista off-screen, but what do you make of your character’s rather unflattering clothes on the show?

The clothes help me get into character, although they’re not something I’d choose to wear out. There’s something nice and familiar about going back to her wardrobe and getting out these peculiar dresses, though.

Do you have to wear a wig, too?

They add a little bit of hair because Nicky is from the compound and women from the compound believe that their hair is their mane of glory. They never cut it. Even though she lives off the compound in the suburban environment, she keeps holding on to some of her identity so she still wears the old hair. With all of the press about polygamy coming out of Texas, we see all these women who finally justify this hairdo. A lot of women would come up to me and say, “Why do you have that horrible hair?” And I’d have to explain that this is how the women do their hair – but not many people had seen images of these women. Now they realise.

How many years do you see Big Love running?

Well, we’re already shooting season four, but I’m trying to take it episode by episode. It’s really hard because I live in New York and the show is filmed in Los Angeles, so I get very homesick. The thought of going three more years is pretty daunting – but then it goes really fast when you’re filming. I’m really enjoying work on the show and I think it’s hurt my film career in a lot of ways because we don’t stick to set seasons. We’ve worked very random periods over the years, so it’s hard to get a block of time aside to do a film. It’s been very satisfying and such a great experience – but I would like to rev up the film career again.

I agree, but I do feel like that there are a number of beats we keep repeating again and again. It’s fun to find new things in these old beats to keep it fresh. I have a scene where I drunken dial a love interest coming up in season four, which I’m very excited about. I’ve never played drunk in a movie before, so it will be a challenge. I hear the trick is to spin around in a circle before you walk into the scene. That gets you a little light-headed and then you get into the vibe and carry it through. I might try that trick.