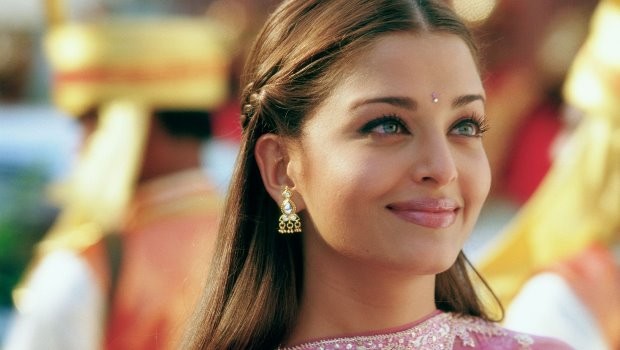 Baffled by Bollywood? Worried by WuXia? Alienated by anime? Part 1

You’d have to be deaf, dumb and most of all blind not to have noticed Britain’s infatuation with all things Bollywood these past few years. White girls in bindis with henna-ed hands, Bombay Dreams, Moulin Rouge, The Guru, bags made of flour sacks, and most recently, Bride & Prejudice. But if you’re a bit bewildered by it all, read on for your Bluffer’s Guide to Bollywood:

Your typical Bollywood film will feature some or all of the following, in no particular order: drippy, forbidden love affairs; rococo dance routines; violent action; wholesome family values; singing; a wedding; exotic locations. To be a true blockbuster, it should also be at least three hours long.

Rule Number One: All movies shall have songs and dances.

Lagaan (2001) was a tale of peasant villagers pitted against the British Raj. The three and a half hour film (which was the first Bollywood film to be nominated for an Academy Award) also featured half a dozen song and dance routines on a scale to put Moulin Rouge to shame.

Rule Number Two: There shall be no kissing.

Violence is acceptable. Kissing is not. Sex is COMPLETELY taboo, but sexually suggestive dancing and displays of naked flesh are fine. Stars often get wet so that their clothes can stick to their bodies.

Bride & Prejudice (2004), Gurinder Chadha’s updating of Jane Austen, feels more sexless than the original. Little sister Lucky (Lydia in the original) spends a day wandering around London with the mildly naughty Wickham – in Austen, Wickham is a charming sexual predator who, it is clear, has slept with Lydia with no intention of marrying her, having previously tried to abduct Darcy’s sister Georgiana. Bride’s Wickham is a skinny backpacker who’s probably too busy dealing with intestinal parasites to be a threat to anyone…

On the other hand, Bride does feature a set-piece ‘item’ dance, where a scantily clad female dances writhes erotically on the floor. (In this case, its another sister, Maya (Mary), and the ‘item’ dance is used for comic effect.)

Rule Number Three: There will be a big wedding number.

A Bollywood script goes something like this: Poor boy meets rich girl; naturally they fall in love, but her family object. Girl is about to be married off, boy kills the groom, and is shot himself during shoot out. While visiting relatives (in Sydney, London, or Los Angeles) girl meets boy’s identical twin who, separated from his brother at birth has been raised as a yuppie prince. They fall in love, and everyone is happy. A big wedding, with elephants and several costume changes – and preferably some happy villagers as a backdrop – is the triumphant finale.

Rule Number Four: There will be exotic locations

Bollywood films these days have to appeal equally to villagers watching battered prints on a tatty sheet, to Mumbai’s rising middle class youth (memorably depicted in Monsoon Wedding) and, perhaps most importantly of all, to the Indian diaspora – the NRI or non-resident Indian. Bollywood has found a devoted – and profitable – audience in the UK and US and many of the stories focus on the NRI returning to the motherland. So our hero and heroine must shuttle between Delhi campus, London shopping centre, Australian beach, Rajah’s palace, Swiss alps, Egyptian pyramids and Scottish mansion. The more mountains, the better.

Lagaan (2001) ‘a lavish epic, a gorgeous love story, and a rollicking adventure yarn’ The Guardian

Kal Ho Naa Ho (2003) reversing the trend by setting the film in New York. ‘the best film of the year’ Planet Bollywood