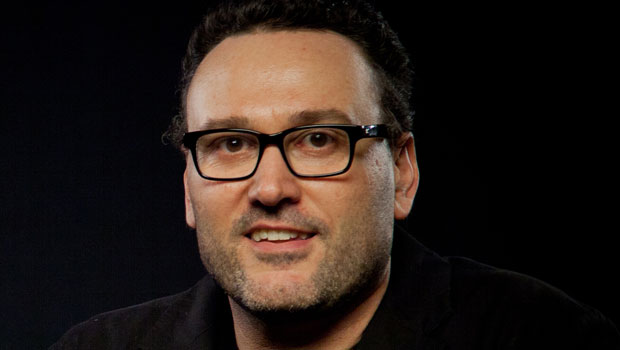 Andrew Hunt’s career has been varied, to say the least. The Manhattan-based writer/director was born in New Zealand in 1968, and in the years between then and now has been, amongst other things, a professional basketball player, touring musician, urban support worker, university lecturer and film and TV professional. Having worked in locations as diverse as Iraq, Glasgow, Cairo and Kuala Lumpur as well as being a fluent Arabic speaker, Hunt’s most recent role has been as consultant for the BBC on a 30 episode drama series to be shot in Jordan and broadcast across the Arab World during Ramadan 2010.

Despite having a CV packed with weighty production credits, when it came to writing, directing and producing his first short film Hunt chose to make a comedy. The Accidental Activist is, on the face of it, a slickly made 15 minutes of escapist fun telling the story of June (Still Game’s Jane McCarry), a timid bookish girl who gets unwittingly caught up in a protest march while on a failed trip to the library. But it’s also a sweet romance, as June inadvertently crosses paths with an unlikely rescuer (Gavin Mitchell). Hunt peppers his film with a handful of laugh-out-loud comedy moments (most notably a perfectly-timed piece of slapstick during June and her mystery man’s first encounter), but his real strength is in the film’s details. Brief shots of June’s pets’ feeding-trays reveal a trio of Communist dictator-inspired names, made all the more bizarre by being written in girly handwriting; Kiwi Hunt also clearly has an affection for the minutae of Scottish city life, as his film features appearances from a forlorn Big Issue seller, some pavement-troubling skateboarders and the ever-present CD-peddling Gouranga monks.

When I ask Hunt what led him to this subject and this film, the answer is straightforward: ‘On the simplest level, I was supposed to be meeting a friend and she called me and said “you’re not going to believe this but I’ve got stuck in a war protest march” and I laughed and said “that would make a hilarious short film”. And that was the genesis of it, in a very simple practical way’. But the film holds deeper themes, as Hunt elaborates, ‘I believe that who you are imbues the kind of stories you tell, and I relate this story to an experience in my early 20s when a girl broke up with me. It devastated me, and I said to a friend “I’m never going to let a woman do that to me again”, and she said “then you’ll never know love, because love involves trust and risk”. And in the Accidental Activist you have a girl who’s addicted to the idea of romance, but still lives at home with her parents; I was playing with the idea of someone who is in this safe environment, but has to leave that and face her worst fears: other people. And it’s in doing that that she finds love. So in one sense it’s a fluffy silly little thing, but underneath it there’s a personal worldview that came from my own life experience.’

Hunt now has several feature films in development, and he sees The Accidental Activist as a key part of that process, saying, ‘I think short films are a calling card, and they are a stepping-stone to feature films, as they answer the question, “you say you’re a filmmaker; what have you made?”’ But he disagrees that this is the only place short films have in today’s moviegoing culture: ‘Short filmmaking is an art form that stands in its own right in the same way that a short story does. So to see it just as a stepping-stone to something else diminishes the beauty of a short film. Sometimes to go longer than a minute or 5 or 10 minutes can kill a story.’

Hunt clearly has a well thought-out philosophy of how to tell stories, but he is also realistic about the nature of contemporary filmmaking: ‘You can’t just be a storyteller, you have to be a businessman and an entrepreneur. I would like to have the freedom to tell the stories I’m passionate about, but I’ve got to figure out how to do that – there’s only a few filmmakers who diversify in the way that I’d like to, and that must be for a reason.’ So while he’s chosen a story about accidents and fate as his first film, it appears that regarding his future as a director, Andrew Hunt is leaving nothing to chance.