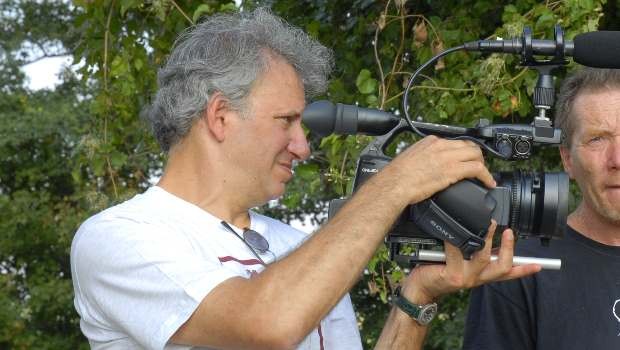 “Wine has always been an accurate reflection of the world around it because it’s always been an expression of civilisation and power,” argues Jonathan Nossiter, whose low-budget intrusion into the billion dollar business, the surprisingly entertaining documentary Mondovino, has already garnered the American director a Palme d’Or nomination and put many of the industry’s grands nez out of joint.

An award-winning sommelier, over three years and as many continents, Nossiter talked to a succession of winemakers, vintners and experts. From the family vineyards of Burgundy to the vast acres of Californian multinationals, he observed the conflicts between traditional and modern modes of production, artistry and commerce and the consequences of hegemonic, globalised taste.

“Almost everyone, except for wine people, understands the film is about everything except wine. Small, independent winemakers seem encouraged by it. They see it as fundamentally positive and a voice of protest against the various forces hostile to them. But the powers that be in the wine world seem incredibly pissed off.

“Since Cannes, I’ve been getting a lot of threatening letters from people in the film or those with business interests related to them. I was aware during shooting that many in this cosy, stuffy world were unused to having an outside eye looking at them. I wanted to respond to the snobbery that obscures what’s magical about wine through humour and the outrageousness and eccentricity of these characters. I thought I could paint a portrait of the struggles of globalisation in a very human way.”

Nossiter began his career at the Newcastle Playhouse, moving to New York to be assistant director on Fatal Attraction. It was here he met the subject of his first film, Resident Alien, the émigré celebre Quentin Crisp.

“He was very English of course, but Quentin struck me as the archetypal New Yorker. I usually make fiction films [Sunday, starring David Suchet, won the Grand Jury Prize at 1997’s Sundance Festival] and love working with actors, so I love the relationship between a camera and a human being who is larger than life. Everyone [in Mondovino] felt like that. Almost all had an incredibly powerful, natural relationship with the camera. It was astonishing.

“What I find beautiful about the wine world and what I hope is in the film is that people are never who you expect them to be. I never expected Michael Broadbent, Master of Wine at Christie’s, an incredibly proper old aristocrat, to be one of the most articulate voices for countercultural anti-globalisation. I was never sure where people’s sympathies lay until they started to talk. I went in as open as I could with everyone and tried to let the footage speak for itself.”

A version of this article originally appeared in the List, December 2 2004.