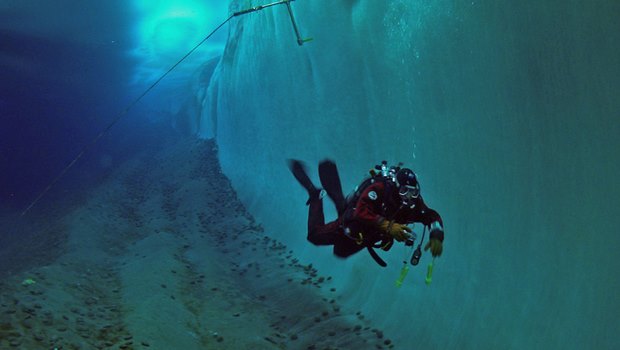 Encounters at the End of the World Review

Summary: A smaller, rougher film than some of Herzog’s most respected works, but it is no less rewarding for fans and newcomers alike.

Werner Herzog’s last documentary was 2005’s much-praised Grizzly Man, and it revealed the veteran filmmaker to be anything but a conventional nature documentarian. In piecing together the last days of Timothy Treadwell, who lived with, supposedly befriended and was eventually killed by a pack of grizzly bears in the Alaskan wild, Herzog sought to reveal what he saw as the inherent darkness at the heart of the natural world. His new film comes from a perspective that is similarly pessimistic about nature’s fondness for humanity, but in travelling to Antarctica in search of the dreamers who live and work there, even the wilfully downbeat Herzog ultimately discovers something he can only term “spiritual” in this most unique environment.

But there is a lot of fun to be had with Encounters at the End of the World before Herzog reaches his more reflective conclusions. Not least when Herzog encounters a lone scientist who spends his life studying Antarctica’s penguin community, and asks him whether he has ever seen evidence of gay relationships amongst the birds. As the director is keen to point out in his deadpan voiceover, this ain’t March of the Penguins. Most of the time his subjects don’t need such promptings though; the people he discovers at the pole are unique and fascinating enough in their own right. From the pair of scientists who record what sounds like electro trance music but is actually seals communicating, to the man who always has a bag packed with everything he might need to get up and leave in a moment, Encounters… is chock-full of endlessly interesting individuals and their stories.

Herzog intersperses these interviews with some stunning undersea footage, capturing glimpses of the largely unseen world and its inhabitants beneath Antarctica. The fact that the German director’s lens is less reverential than most makes the footage all the more fresh and immediate, and some of the creatures discovered look more like science fiction creations than anything we’re used to seeing in everyday life.

Encounters… is arguably a smaller, rougher film than some of Herzog’s most respected works, but it is no less rewarding for fans and newcomers alike. While its patchwork nature means it is occasionally unfocused, Herzog successfully gathers together his findings and thoughts to produce a quietly moving conclusion. It suggests that he travelled to the pole to enlarge his mind with knowledge and curiosity but ended up finding something that actually touched his heart.

A version of this review was published in Edinburgh Festivals Magazine, June 2008