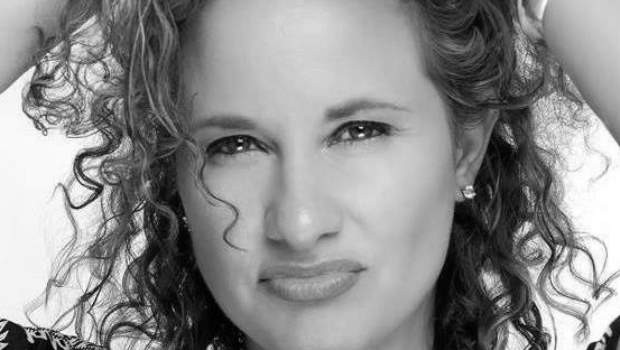 Interview with Maija DiGiorgio, the comedian who directs and stars in the documentary, Bitter Jester coming soon from 14th August.

Laughter, they say, is the best medicine, or if not actually effective, a cheap prescription. Consider though, the poor buggers actually administering your dosage next time you’re at a stand-up gig, those seemingly cheery, professional comedians. Livelihoods threatened by indifference, they take on cases like yours every night, prepared to accept abuse for every pint purchased at the bar. Then consider doing that in New York, six shows a night for a few dollars.

Maija Digorgio was a film school graduate and veteran of the New York comedy scene, with a string of television appearances behind her. Then one night at the Aspen Comedy Festival, she went into meltdown. Questioning whether she was funny whilst live on-stage, she became increasingly hysterical, inviting comedy bigwigs in the audience to fuck themselves. As a career move, it was suicide. Told in time-honoured manner that “you’ll never work in this town again”, what made it horribly compelling was the fact that the crowd thought it was part of the act, and continued laughing at her breakdown in a manner reminiscent of Tommy Cooper’s fatal on-stage collapse. You can see the footage in its edited goriness because Maija’s subsequent return to New York and visit to a therapist prompted her to begin a video diary – a celluloid delve into her troubled vocation. Comedian, heal thyself. It became Bitter Jester.

“To stay in the business as long as we do, without much financial reward, it does emotional damage,” Maija sighs. “You get to the point where you’re able to make people laugh and be goofy, but it just feels empty parading around like a clown. You’re getting maybe $20 or $30 on a weekend and you don’t get paid during the week. Harry Hill told me British comedians can afford to send their kids to private school, yet Chris Rock will go to a New York club and still only get 20 bucks. These places are packed, but if you complain they’ll take you off the schedule. So the comics are pitted against each other and everyone hates everyone.”

As a long-overdue portrait of the dog-eat-dog environment of the US stand-up, Bitter Jester has got everything. In addition to Maija’s often emotional confessions, it features a who’s who of American comics, a who’s that? of others, and yet more you vaguely recognise, like Rufus in the Bill and Ted films – stand-up legend George Carlin, who along with Whoopi Goldberg and that comedy colossus, Chevy Chase, dispense memorable advice to our questing heroine. Success is all about luck, says Chase without a hint of irony. Or maybe an abundance of it.

Best of all though, is Kenny. Former bodyguard to Mike Tyson, wannabe stand-up and latterly, film producer, this volatile charmer became Maija’s boyfriend after her breakdown. While Maija ponders the extent of her self-destructive choices in life, we see Kenny repeatedly delivering punch-lines to the face of some foolish heckler. Think Robert De Niro’s Rupert Pupkin in King of Comedy combined with his Jake La Motta in Raging Bull. In a widely reported incident, Kenny attacked Jerry Seinfeld after the network favourite set his goons on Maija for shooting her film in the same club at as his own vanity-project. Interestingly, the incident is conspicuous by its absence in Seinfeld’s markedly less interesting Comedian. Either way, in the surreal finale to Bitter Jester, Kenny redeems himself by bravely clawing through the rubble of September 11 and organising a benefit gig in the aftermath.

“Yeah, he’s got a big mouth, but a really sweet heart,” she laughs. “He doesn’t mind going out and fighting for what he believes in. I couldn’t watch Seinfeld’s film, but he did and came to the conclusion that [puts on Kenny’s thick, New Yoik accent]: “It sucks!” Basically, Seinfeld’s people got in my face, said some really messed up stuff and threw me out. So Kenny went down there to defend me and just went crazy. It got so bad, people were leaving death threats on our answering machine. But I ended up using stuff like that in the film. Everything I shouldn’t have used, I used, because ultimately, it’s more truthful.”

Right now though, Maija, Kenny and faithful cameraman Jody are “running around like maniacs” in Las Vegas promoting the film before their arrival in Edinburgh for just two screenings and Maija’s three stand-up shows with several other US comics, entitled Not Richard Belzer. For the record, Belzer, the highly regarded comedian and straight actor over the pond (for a ripple of recognition over here, he was Det. John Munch in the Channel 4-screened Homicide), was a friend of Kenny’s and a not completely clued-up producer of Bitter Jester (they actually got all their interviews by pretending the film was about him). But he couldn’t make it because of filming commitments, something Maija appreciates with two more movies in the works.

“I’m doing both, but I think I’m a 10 times better as a filmmaker for having been a comic. It’s my first film but I already know how to create comedic rhythms. And after the Seinfeld thing and having to deal with more abuse than I was ready for, I’m just about ready for anything. You try making a movie with Kenny!”